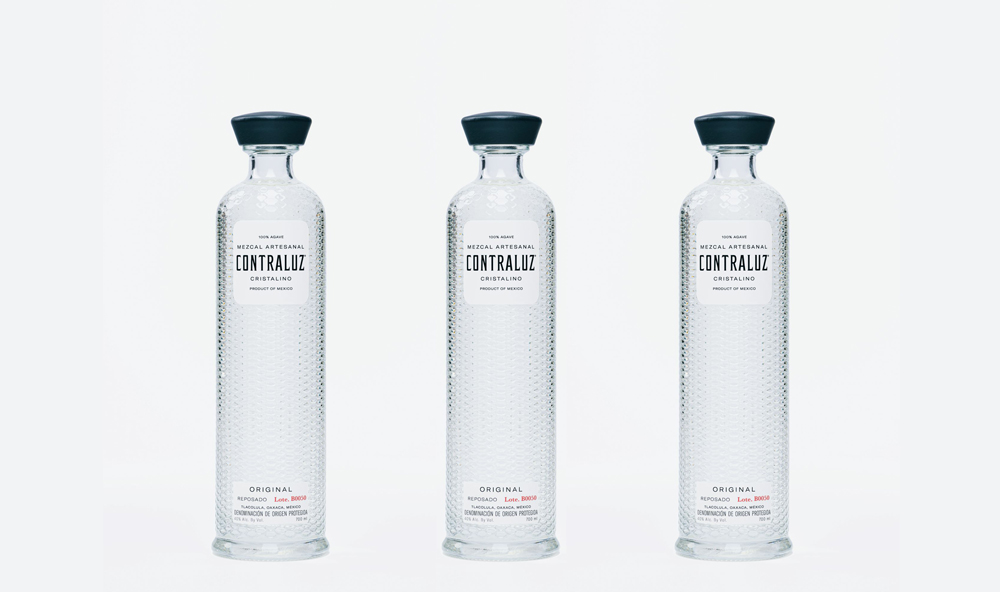 The cristalino trend has swept the tequila world, with more and more brands releasing these aged expressions that have been filtered to remove color. And now, for the first time, you can buy a cristalino mezcal.

The company releasing the new Contraluz Mezcal is Casa Lumbre, which also has well-known brands like Montelobos Mezcal, Ancho Reyes Ancho Chile Liqueur and Abasolo Mexican corn whiskey. Contraluz has been available in Mexico for a few years, but it is just launching here in the US this week. The mezcal is made from the Espadin variety of agave which is cooked in underground stone ovens, shredded and fermented for ten days. After distillation in copper pot stills, the mezcal is aged for six months in American whiskey barrels “sourced from renowned whiskey producers,” according to the brand. Chief innovation officer Ivan Saldaña developed the special “small-batch” filtration process, which involves filtering the mezcal through activated charcoal before bottling.

According to the brand, this clear mezcal retains flavors of vanilla, cedar, honey and dried fruit derived from the interaction between spirit and wood during maturation, and the level of smokiness is on the lighter side. “Contraluz Cristalino Mezcal joins a robust portfolio of award-winning mezcals that have led and contributed to the evolution and growth of the agave spirits category,” said Saldaña in a statement. “As the first cristalino mezcal, we’re proud to introduce a new and different way of experiencing agave-based distillates.”

True, there are agave spirits fans who question the raison d’être of the cristalino category–why bother filtering an aged tequila or mezcal to remove color, which is essentially an aesthetic choice? And many cristalino tequilas end up having flavor added to the spirit because, despite what some brands claim, the filtration process does remove some of the notes picked up inside a barrel. That is not the case with Contraluz, however, as a rep for the brand confirmed that no flavors are added. And despite the doubters, the cristalino category continues to prove extremely popular with both consumers and bartenders.

Contraluz is rolling out now in select states priced at $60, and will continue to expand across the country in the coming months.