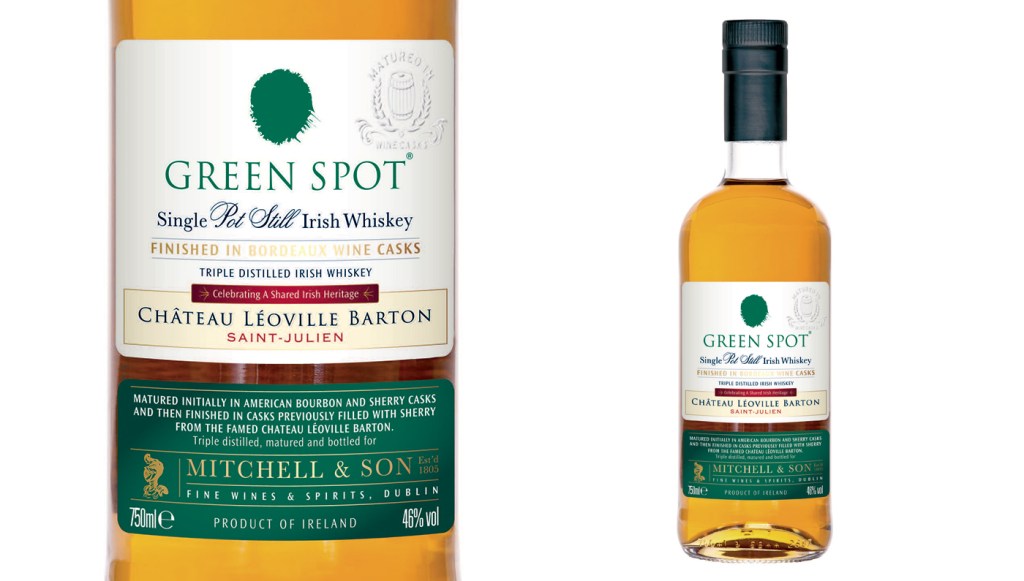 In the late 1700s, Thomas Barton, an Irish soldier who was one of the Emerald Isle’s “Wild Geese”—mercenaries who left Ireland to fight in the armies of continental Europe—established Château Léoville Barton winery in the Saint-Julien appellation of Bordeaux and became one of the most revered winemakers in France. As a takeoff on their “Wild Geese” sobriquet, the château’s expat winemakers subsequently were known as the “Wine Geese.”

Fast-forward to the early 1900s in Dublin, where independent wine merchants Mitchell & Son were bottling whiskeys from various casks they had marked with different-colored spots to denote their individual ages. Whiskeys from casks with the green spot, which had been matured in a combination of ex-sherry and ex-bourbon barrels, became immensely popular. Consequently, this spirit was reintroduced a few years back as Green Spot, a Single Pot Still Irish Whiskey aged between 7 and 10 years (although there’s no age statement on the bottle) in a combination of both new and refill ex-bourbon casks and ex-oloroso-sherry casks.

Now, Midleton Distillery in County Cork has taken this limited-edition whiskey into an even more rarified realm by introducing Green Spot Château Léoville Barton Irish Whiskey ($100). It is matured in ex-oloroso-sherry and ex-bourbon barrels, and finished in wine casks from Château Léoville Barton for an additional 12 to 24 months.

The resulting whiskey has a single pot still’s creamy spice characteristics intermingled with notes of fresh bread dough, apple-berry nuances, and a floral essence from the French oak. The first of Green Spot’s “Wine Geese” series, the Château Léoville Barton combines the crafts originated by two Irish entrepreneurs, in different countries, into this one exceptional special-edition whiskey. (mitchellandson.com)