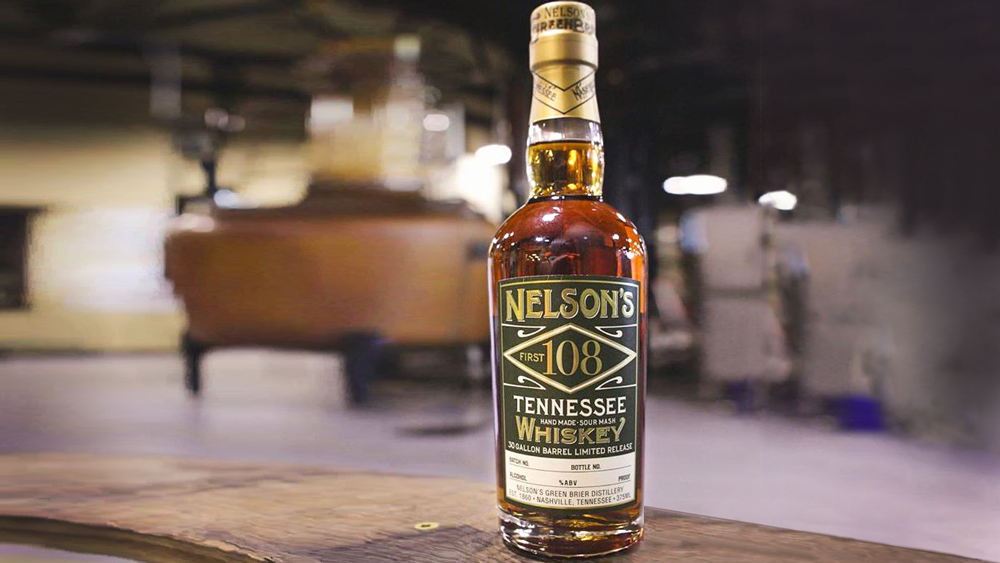 Prohibition hit Tennessee hard and early. While the Eighteenth Amendment didn’t pass until 1920—making the production of spirits illegal across the country—Tennessee passed its own laws prohibiting the distilled and fermented arts in 1909, which put the nail in the coffin for many a historic whiskey brand.

Among the unfortunate was Charles Nelson and his Nelson’s Green Brier Distillery, which had been established in the late 1800s. Along with Jack Daniel’s, it popularized the distinct style of Tennessee whiskey, which included wheat instead of rye in its mash bill and charcoal filtering. The distillery sold close to 380,000 gallons of whiskey per year to customers around the globe.

Now, five generations later, Nelson’s descendants have resurrected both the brand and the original recipe for the whiskey. This summer, brothers Andy and Charlie Nelson released the first two spirits under the Green Briar label in 108 years, aptly dubbing them Nelson’s First 108; one is a 90-proof blend ($40), and the other is bottled at cask strength of 121 proof ($60).

The 108 designation has two meanings for the brothers: It has been 108 years since the distillery last produced whiskey, and 108 30-gallon barrels of this first release were laid down 2 years ago, producing a limited run of 375 mL bottles available only by visiting the distillery. Subsequent barrels are much larger 53-gallon hogsheads, which makes this first release a possible collector’s item. The whiskey presents sweet notes of caramel candy and vanilla on the nose with orange marmalade and mint chocolate on the palate.

Sipping it makes you grateful for the ratification of the Twenty-First Amendment.