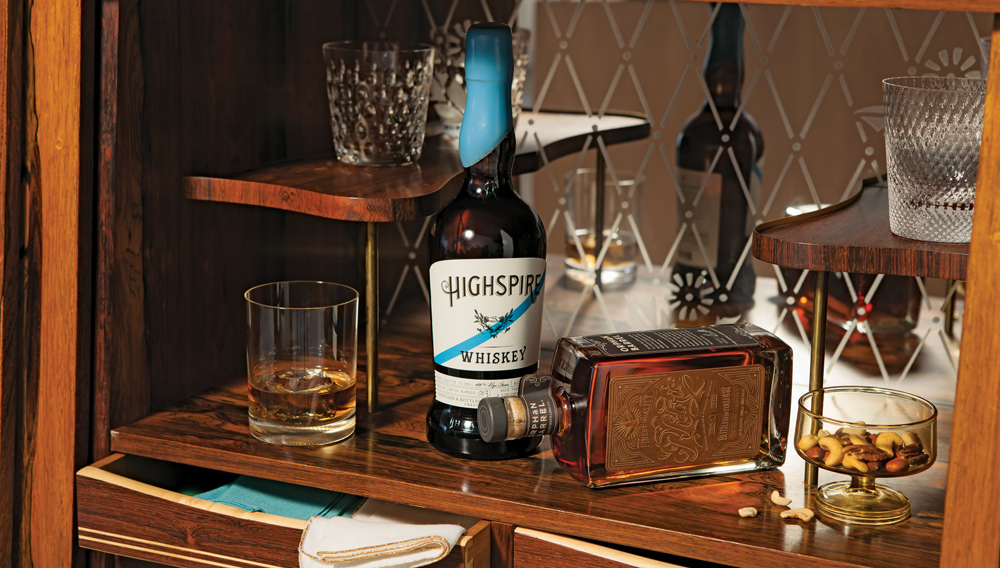 Jimmy and Eddie Russell, the father-and-son team of master distillers at Wild Turkey, hand-select the barrels of bourbon that will age for 10 years and eventually become their small-batch Russell’s Reserve bourbon. However, they decided to save a portion of their 1998 distillation for a special occasion. A commemorative bottling to celebrate Jimmy’s retirement was considered, but despite more than 60 years of service at the distillery, the elder Russell has yet to retire. Eventually, in 2014, the 23 barrels of 1998 bourbon were transferred into tanks and have since been bottled. The result is a non-chill filtered, cask-strength vintage Kentucky straight bourbon that delivers heady notes of smoked cherries, dried fruit, and hints of cedar. Only 1,800 bottles exist, which make this rare Russell’s Reserve bourbon one that can make any occasion special. ($250)

While the name of this bourbon suggests the existence of the Orphan Barrel Whiskey Distilling Co., in reality, “orphan barrel” is a term coined by spirits conglomerate Diageo, and it refers to rare and long-forgotten bourbons that have been found aging in barrels. These bourbons were produced by historic and sometimes now-defunct distilleries, and once bottled, they are given names. Rhetoric, one of the most recent, is also one of the best. The 21-year-old bourbon can be traced back to the Bernheim Distillery in Louisville, Ky., though the barrels were rediscovered at the Stitzel-Weller Distillery about five miles away. The liquid that was extracted from those barrels is rich with notes of cedar, sweet tobacco, honey, and leather, and it is best enjoyed neat or, if you must, with an ice cube. ($100)

By the early 20th century, I.W. Harper bourbon, which was created by brothers Isaac Wolfe and Bernard Bernheim in 1879, could be found almost everywhere in America. After Prohibition, however, other brands began to challenge it, and by the 1990s this one-time staple had disappeared from store shelves and backbars across the United States. But now, after a more-than-two-decade absence, I.W. Harper is back as a limited-edition 15-year-old Kentucky straight bourbon (not to be confused with I.W. Harper’s non-age-statement whiskey, which is a permanent extension of the product line). With a revised recipe of 86 percent corn, 6 percent rye, and 8 percent barley, the 15-year-old limited edition is brimming with rich vanilla, black cherry, and raisin notes, and it is accented by a gentle whiff of smoke. Indeed, it is better than the original. ($75)

When the late master distiller Lincoln Henderson introduced Angel’s Envy a few years ago, the whiskey—made from bourbons that were aged in American white-oak barrels and finished in hand-selected port casks—created quite a frenzy. The first release sold out quickly, and the whiskey has since developed a cult following. Now, under the leadership of Lincoln’s son Wes, the company has released a cask-strength version. Much like the original Angel’s Envy, the first cask-strength release sold out fast, but a second batch, bottled at 119.3 proof and made up of whiskies as old as 7 years, can still be found. It offers up rich notes of plum, chocolate, and vanilla, but due to its rarity (only 6,500 bottles were produced), this whiskey may cost significantly more than the distillery’s suggested retail price. ($169)

Austin Hope, president of Hope Family Wines, is best known for his award-winning Paso Robles vintages, but his renown may soon reach whisky enthusiasts thanks to Highspire Rye Whiskey, his unique interpretation of a once-popular brand that flourished before Prohibition. California has outlawed the distillation of grain-based spirits, so it’s fortunate that Hope opened his distillery in Kentucky, at one of the first micro-distilleries in the state at the time, where he uses a hybrid pot-and-column still (circa 1947) to make a 100-percent-rye whiskey. Once distilled, the spirit is aged in ex–red wine barrels made from American oak, but only for 120 days, thanks to a custom-charred barrel stave that is added to each cask and accelerates the aging process. The result is a young whiskey with a deep golden color that tastes decidedly older than it is. ($45)