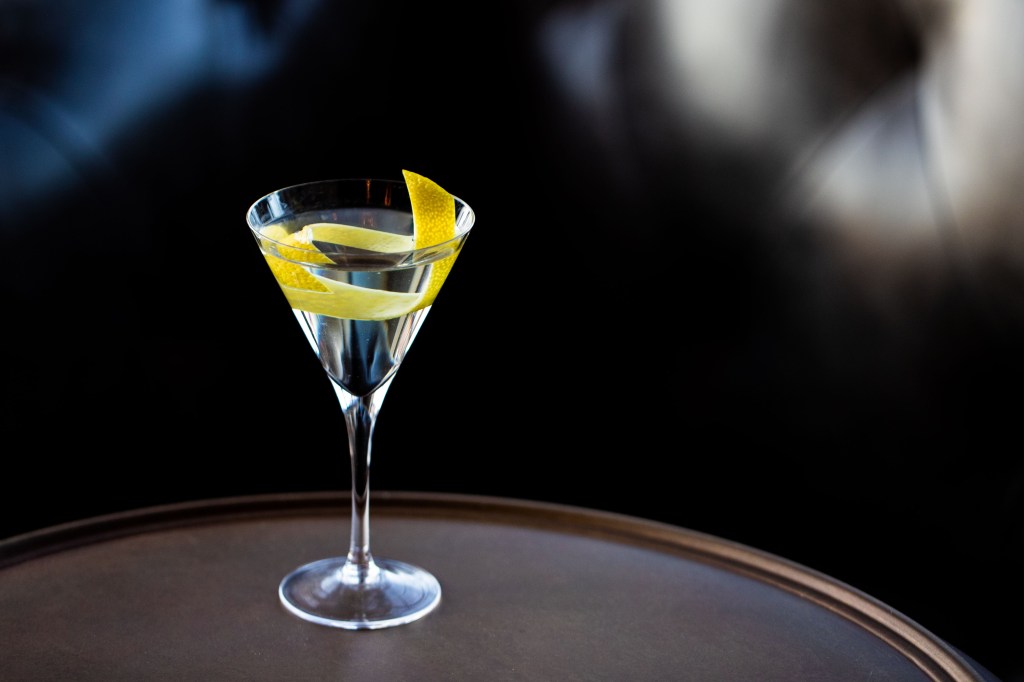 Courtesy of the Langham Hotel
Four years ago in the Artesian bar at the Langham hotel in London, a drink crafted with Zacapa 23 rum came accompanied by a balloon filled with scented air, recalling the Guatemalan cloud forests where the spirit is distilled. Alongside this were some minuscule worry dolls made by artisans from the same region, to take home. This creativity won the team numerous Best Bar awards at Tales of the Cocktails. Indeed, it felt that a few years ago, you couldn’t order a drink without a side ordering of pyrotechnics or chocolate covered cotton candy, a swoosh of dry ice or being served the concoction in a mini wheelie bin or off vintage vinyl.
Thankfully, perhaps as a reaction to more subtle and less outré times, cocktails are paring back and embracing a more minimalist modesty.
The same bar, the Artesian, has just launched a new two-ingredient menu, letting unusual ingredients sing. Tequila and bitter gourd is a punchy preprandial made with a syrup made from the cucumber-like vegetable. Or take Michter’s bourbon and Pear—they source the perfect pear from France (the Crassane) and make a cordial out of it using basic acids to bring it together. This creates a stirred down, gimlet-style whiskey drink.
“The liquid speaks for itself,” explains Anna Sebastian, bar manager. “The trend of extravagant serves was amazing and really engaging; however, drinks develop and move on and simplicity that comes with integrity is something you are seeing in bars around the world.”
In New York, Leo Robitschek, bar director at the Nomad Hotel, is also paring things back—again, not necessarily simpler to make, but taking away the dramatics. “We’ve been really excited about playing with dilution at the moment,” he says. “One of our simpler drinks in presentation and ingredients is called the Detox Retox, which is essentially an old fashioned variation with tiki flavors that instead of stirring it to achieve dilution, we add chilled fresh coconut water instead.”
He feels that the movement is long overdue. “I wouldn’t call it a trend to minimalism as much as a trend to being more ingredient focuses and to tastiness. Sadly, too many drinks were visually appealing or filled with technique, but not delicious. There is so much choice in this world, I think that people are craving simplicity; saying that, simplicity does not been basic by any means”

Tyson Buhler, national beverage director at Death & Company, concurs. “Simplicity doesn’t necessarily mean fewer ingredients,” he says. “It’s more about creating a focused flavor profile. The Charlemagne is very much a whiskey and soda. Utilizing a very young, unadulterated blended scotch (Street Puma Blended Scotch) and topping it with a homemade cucumber soda, you have very refreshing scotch highball where all flavor integrate and really well. I believe simplicity in cocktails shows confidence and maturity, and I think there’s a direct correlation to how the industry is growing itself. There’s less of a need to show how “creative” one is, and more of an emphasis is put on proper training and procuring quality ingredients.”

However, this new style of drink, while appearing simple in its serve, can still be complicated behind the scenes. When it comes down to it, one can still get carried away. When I mentioned that I was doing a story on minimalist cocktails to a restaurant PR, her riposte? “Isn’t that just called a Gin and Tonic.”
She may well have a point.