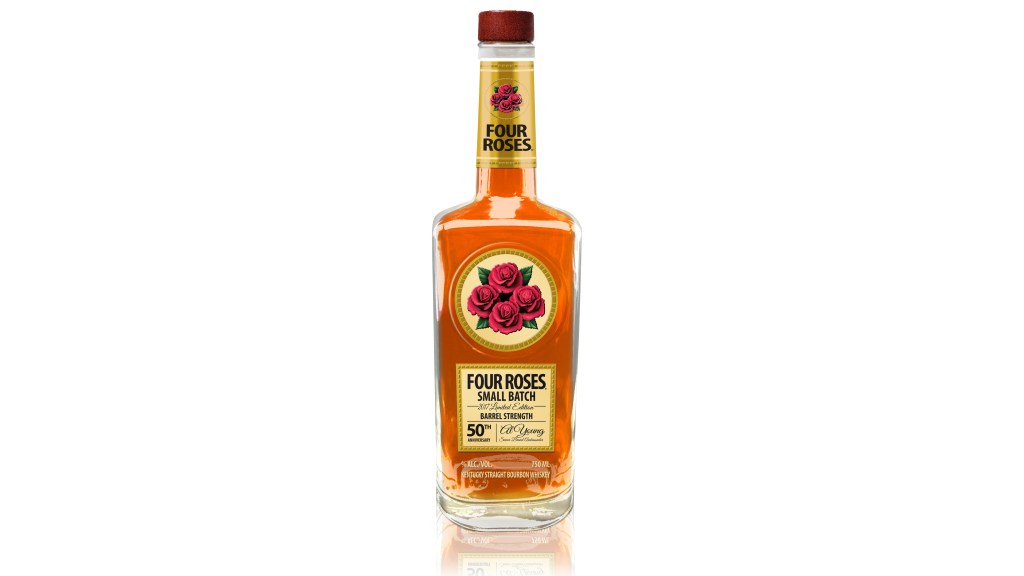 Al Young isn’t exactly a household name, but in Kentucky bourbon circles he’s a legend. Young joined Four Roses in 1967, when the brand’s fortunes were at a low ebb. After having been the best selling bourbon in America during the 1930s and ‘40s, it was no longer even sold Stateside, in the wake of the declining American whiskey market. Young worked his way through the ranks, becoming Distillery Manager in 1990, and helped oversee the brand’s revival in the 2000s.

Today, Four Roses is one of the most popular and critically acclaimed bourbons in the world, and Young—a member of the Kentucky Distillers’ Association Kentucky Bourbon Hall of Fame—is Four Roses’ Brand Ambassador as well as its historian.

To commemorate Young’s 50th anniversary with Four Roses, he and Master Distiller Brent Elliott collaborated on a special bourbon that would bear his name.  Hence, the Al Young 50th Anniversary Small Batch Bourbon ($150). Four Roses has been issuing limited edition single barrel and small batch bottlings for the last decade, and they’ve become among the most highly anticipated releases of the year for bourbon fans and collectors.

Young’s special bourbon is made even more special by the packaging, which replicates the bottle and label design from 1967. What’s inside the bottle is noteworthy, too—a blend of four different recipes (Four Roses uses ten in all) aged 13-23 years. That’s pretty antiquated for bourbon, but it wears its age well. It opens with sweet, slightly tart notes of dried apples and cherries before the oak makes its presence felt midpalate. The finish is long and dry, with subtle butterscotch and burnt caramel complementing the woody spice. A little water brings light vanilla and toffee notes to the fore, but even at cask strength (54.46% alcohol by volume), it’s easy to drink neat.