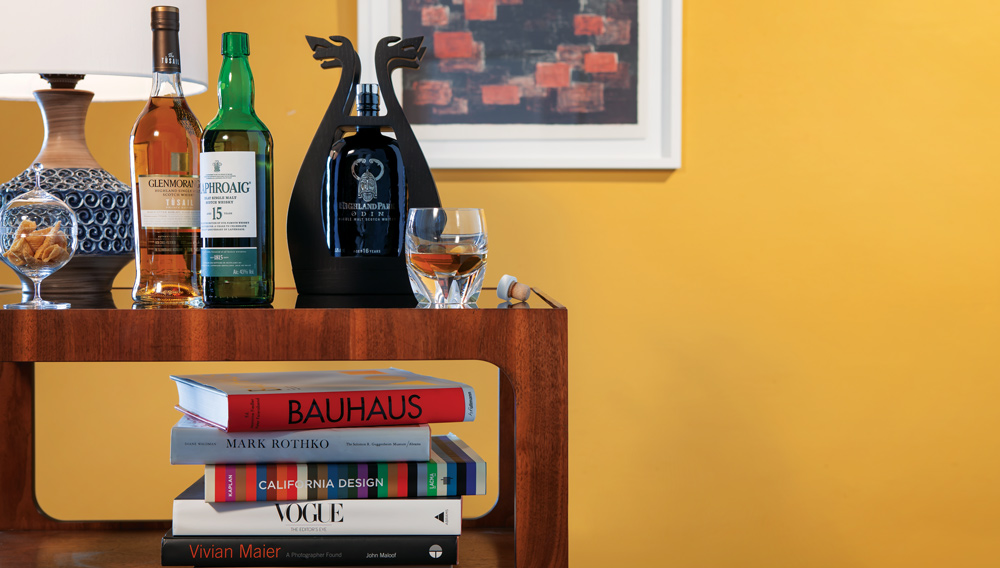 Founded in 1815 and located on the southern shores of the fog-shrouded island of Islay, off the western coast of Scotland, the Ardbeg distillery has earned accolades for producing the world’s peatiest whisky. To celebrate its 200th anniversary, the distillery recently released Ardbeg Perpetuum, a non-chill filtered single malt that blends spry and mature whiskies finished in ex-bourbon and sherry casks. With its earthy aroma of smoldering peat and sea spray—and boasting sweet, spicy, and smoky notes with hints of dark chocolate—the high-proof Perpetuum is a culmination of the best single malts that Ardbeg has bottled over the years. ($100)

In 2009, Laphroaig temporarily ceased production of its 15-year-old whisky (a favorite of distillery manager John Campbell) so that the limited-production single malt could mature a few more years and be bottled as an 18-year-old. Now, the 18-year-old will be phased out, and for a limited time—and to commemorate the distillery’s 200th anniversary—Laphroaig has re-released its heralded 15-year-old expression. As is customary for Islay distilleries, Laphroaig’s whisky is defined by peat, but it is also noted for its subtle medicinal quality. The 15-year-old balances that with a soft dryness and a touch of salty tobacco smoke. According to Campbell, it is akin to “the smell of ripe black currant mixed with my Gran’s baking, while eating some burnt barbecue driftwood.” ($80)

Widely known as “The Furious One,” Odin was the strongest of the Norse gods. Appropriately, this cask-strength single malt, produced by Scotland’s northernmost distillery (located on the island of Orkney, a once-favored Viking haunt), harbors the strength to warm even the coldest nights. Thanks to 16 years of maturation, this 111.6-proof whisky is bursting with smoky stewed fruit and walnuts, and finishes with hints of vanilla. Legend has it that Odin, the Norse god, forfeited one of his eyes so that he could drink from the Well of Wisdom. Fortunately, far less is required to possess one of the 2,400 bottles of this Norse god’s namesake whisky that Highland Park has allocated to the United States. ($350)

Named after the Scottish Gaelic word for original, Tùsail is the sixth release in Glenmorangie’s award-winning Private Edition collection, and it is the result of an unusual, though one-time standard, distillation process. The whisky begins with rare Maris Otter barley, a strain of winter barley that was once commonly used in malt whisky distillation, although today almost all Scotch whisky is made from spring barley. In keeping with nostalgic tradition, this barley is floor malted, an old-fashioned technique that Glenmorangie rarely utilizes today. On the palate, Tùsail delivers notes of fresh heather, ginger, and the characteristic sweet fruitiness of the malted winter barley. Although the bottle bares no age statement, distillery records show that the spirit was distilled in 2004 and bottled last year, and yet it evokes a much older soul. ($99)