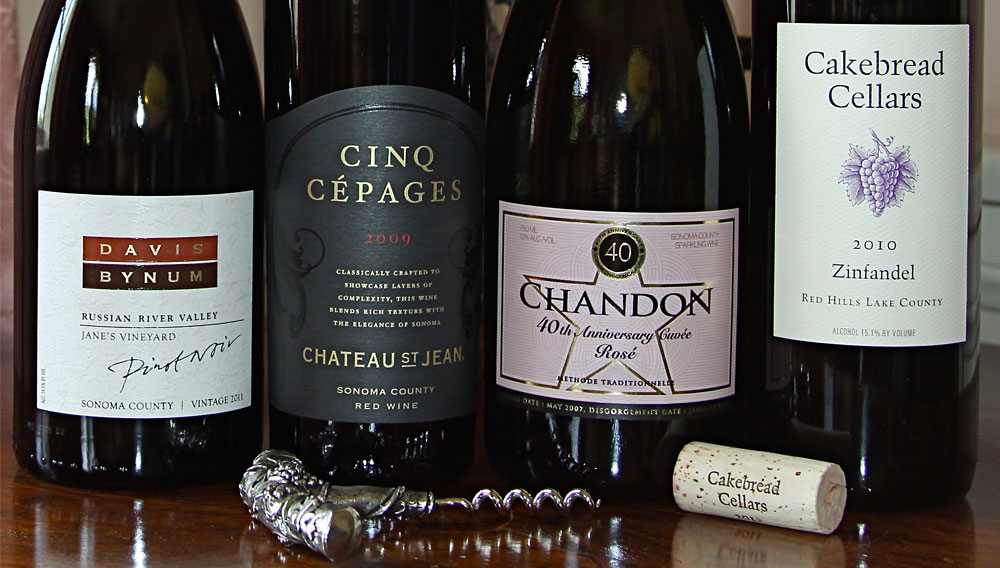 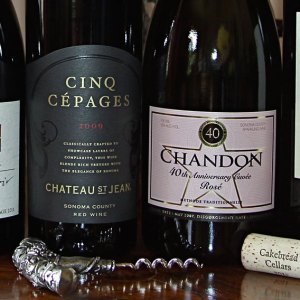 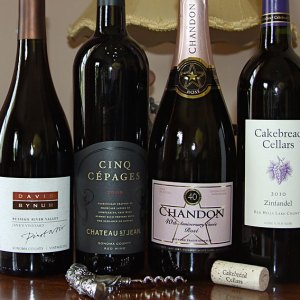 This year, four Northern California wineries are celebrating their 40th anniversaries—a notable achievement in a competitive Napa-Sonoma world constantly buffeted by the vagaries of nature and consumer’s desires. Davis Bynum Winery,the first to produce single-vineyard Pinot Noir from the Russian River Valley; Chateau St. Jean, which established European-style vineyard-designated wines in California; Domaine Chandon, the first French-owned producer of sparkling wine in Napa Valley; and the family-owned Cakebread Cellars, known for its food-centric wines and events, all began in 1973. And yet there was no single catalyst responsible for the simultaneous launching of these wineries.

“I was just looking for a good place to make wine,” recalls Davis Bynum (www.davisbynum.com). “Before that, I was making wine in a warehouse in Albany, California. I remember back then, in 1965, there were only 10 or 11 wineries in Napa Valley, and perhaps 12 or 13 in Sonoma, but with a few exceptions, they were mainly jug wines.” He purchased an 84-acre parcel of land in Sonoma County in 1973, and that year produced his first single-vineyard Pinot Noir from grapes he had purchased from Joe Rochioli Jr., whose family was known for their excellent Russian River Valley Pinot Noir and Chardonnay grapes. “I paid double the normal price to get those extraordinary grapes,” Bynum says. “I had no idea it was going to produce such a great wine.”

Although Bynum sold his winery in 2007 to Tom Klein, whose family owns Rodney Strong Wine Estates, he still remains involved. Davis Bynum’s current releases include the crisp and aromatic single-vineyard 2011 River West Chardonnay ($25); the soft, spicy 2011 Jane’s Vineyard Pinot Noir ($35); and the complex, mouth-filling 2011 Jane’s Vineyard Garfield Block Pinot ($55), which is primarily available at the winery, in restaurants, and online.

Also in Sonoma that year, Chateau St. Jean (www.chateaustjean.com) was born—or rather reborn, as it was originally built in 1920 as a vacation estate. The chateau, listed with the National Trust for Historic Preservation, was restored to its bucolic glory, and 90 acres were planted with Bordeaux varietals that now form the basis of the winery’s single-vineyard estate-grown wines. Its flagship is the plush and velvety Cinq Cépages, which, as its name indicates, is a blend of five varietals—primarily Cabernet Sauvignon, with varying percentages, according to the vintage, of Cabernet Franc, Merlot, Petit Verdot, and Malbec. For the current 2009 Cinq Cépages ($75), each varietal is aged separately for 25 months in French and American oak barrels before being blended and bottle aged for an additional six months.

In regards to the timing of the start of the four wineries, Margo Van Staaveren, who has overseen Chateau St. Jean’s past 34 vintages, points out that in Sonoma prior to the early 1970s, most of the area was being farmed with prunes and apples; there were also many dairy ranches. “I think in the early ’70s there was a recognition that Sonoma County was very unique and diverse, and the conversion to wine grapes was starting to happen, especially with Chardonnay in the cooler areas,” she says. “The Sonoma County Chardonnay awakening really started the whole wine movement in the area. As time went on, we started to work with other varietals, and it was great to see our Cinq Cépages help bring recognition to Sonoma as an exceptional area not only for Chardonnay but for other varietals, including Cabernet Sauvignon.”

Although Cabernet Sauvignon is typically thought to personify Napa Valley, Domaine Chandon (www.chandon.com) was established in 1973 by Moët et Chandon as Napa’s first French-owned producer of sparkling wine. Appropriately, the winery is celebrating its 40th year with the release of a limited-edition sparkling Anniversary Cuvée Rosé ($40), whose label nostalgically reflects one of the winery’s earliest labels.

Cakebread Cellars (www.cakebread.com) in Rutherford is hosting a party to mark its birthday on the evening of Saturday, August 10, which has already sold out; its latest releases, plus rare library wines from the family’s cellars, will be poured. In addition, 13 chefs from Cakebread’s annual American Harvest Workshop (a hands-on seminar every fall on pairing food and wine) will be creating their favorite dishes for a movable feast held throughout the winery. And the energetic LA Allstars band will be filling the night air with music. The cost is $100 per person or $175 per couple, plus tax. All of this is to commemorate that fateful day in 1973 when photographer Jack Cakebread became enchanted with the Napa Valley and mentioned to some family friends that he would like to start a winery there. Shortly afterward, a friend offered to sell him the 22 acres that became Cakebread Cellars—which has now grown to 560 acres. With Jack’s wife Dolores’s dedication to the culinary arts and the winery’s organic garden, Cakebread Cellars is deeply involved with numerous wine and food events throughout the year.

Today their sons—Dennis, vice chairman and senior vice president of sales and marketing, and Bruce, president and COO—work to maintain the family’s tradition of food-friendly wines that age well. Their current 2011 Pinot Noir ($50) is a gentle massaging of blueberries and raspberries, while their 2011 Chardonnay ($36) is crisp and slightly buttery and compares well with their 1998 Chardonnay, which came from the same vineyards, is packed with green apples, and is still evolving.

“We think wine and food, in that order,” says Bruce Cakebread, “because if the chef makes a mistake, he can recook the item. With wine, you’ve got years of work, and what’s in the bottle can’t be redone.”