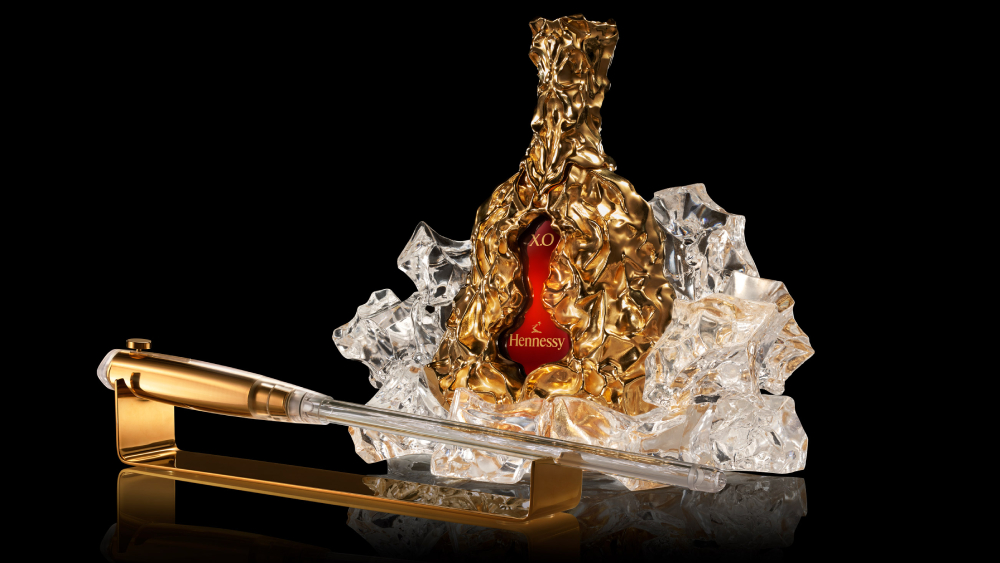 One of the world’s greatest living architects has taken on a decidedly small-scale project to celebrate a beloved and storied French spirit.

Canadian-American architect Frank Gehry has given Hennessy X.O.’s iconic cognac bottle a sculptural makeover in commemoration of its 150th anniversary. To make the collaboration that much more special, the label is releasing only 150 examples of the completed design before launching a more widely available (but still scant) edition in the near future.

“It was an honor to be asked to celebrate this milestone for Hennessy X.O.,” Gehry said in a press release. “While I was excited, it was also daunting because a bottle of Cognac is already a work of art—one you can smell, taste, and feel—it doesn’t need embellishment as it’s already there. We are showing how we can be creative within that language. There’s such a powerful history and a serious emotional commitment from the people that make this product. It has a resonance that’s interesting to tie into and become a part of.”

Frank Gehry with prototypes for the project and the finished bottle.  Courtesy of Hennessy

The exterior is covered in a crinkled sleeve cast from bronze and dipped in genuine 24K yellow gold. Its rich texture recalls the facades of Gehry’s grand buildings and, like many of them, shares an organic point of inspiration. Its fragmented surface is meant to evoke the twisting vines of the Hennessy Maison and the glistening Charente River that courses through it in Western France. “I wanted to bring it to life, and so I took inspiration from its birthplace and used this crumpling effect of the material that gives it a feeling of movement,” Gehry recalled in a press statement.

To complement the luminous encasement, Gehry also went about fashioning a fusil––the grand pipette used by cellar masters to extract the oldest and finest Cognac––from equally brilliant brass and gold. It comes beautifully packed, along with a glorifier and the svelte carafe (whose silhouette was inspired by an upturned bundle of grapes), in a compressed cardboard case that doubles as an homage to Gehry’s groundbreaking corrugated cardboard furniture from the 1970s.

Each of the rare bundles sells for $17,000. Head to the maison’s website to learn more.