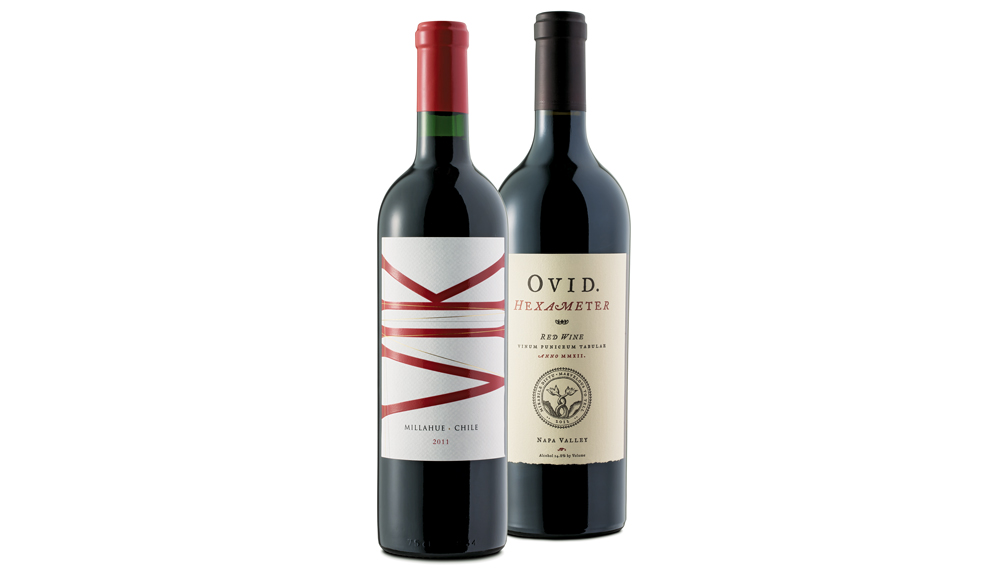 The ancient Romans celebrated wine in their verse as ardently as they did love. “No poems can please for long or live,” wrote Horace, “that are written by water drinkers”—which perhaps explains why Mark Nelson, an admirer of the classics, ventured into viticulture. While building a home on Napa Valley’s Pritchard Hill, he and his wife, Dana Johnson, retained the vineyard manager David Abreu to plant 15 acres with Bordeaux varietals and brought industry veteran Janet Pagano on as a managing partner. Together they transformed the property into Ovid Napa Valley. Though the estate produces a highly allocated Cabernet Sauvignon–based blend, one of its rarest wines, Hexameter, favors Cabernet Franc. The Ovid 2012 Hexameter Napa Valley ($285, ovidvineyards.com) tantalizes with aromas of blood orange, anise, black raspberry, and coffee cream.

Great wine, an old adage says, grows only in beautiful places. Yet this romantic sentiment did not persuade Alexander Vik, who in 2004 set out to produce a South American wine on a par with the finest from France. The Norwegian businessman preferred to rely on scientific methods to pursue his goal, commissioning exhaustive surveys. Ultimately, he focused on Chile’s Millahue Valley, where in 2006 he and his wife, Carrie, acquired a tract of more than 10,000 acres. Science, however, did not trump beauty entirely: The landscape’s sweeping vistas inspired the native people to name the region the “Place of Gold.” That splendor is reflected in the Vik 2011 Millahue Valley ($140, vik.cl), an incarnadine composition of Cabernet Sauvignon, Carménère, Cabernet Franc, Merlot, and Syrah that reveals earthy essences of clay, toasted black walnut, thyme, and tea with rich flavors of black plum, boysenberry, blueberry, and vanilla.