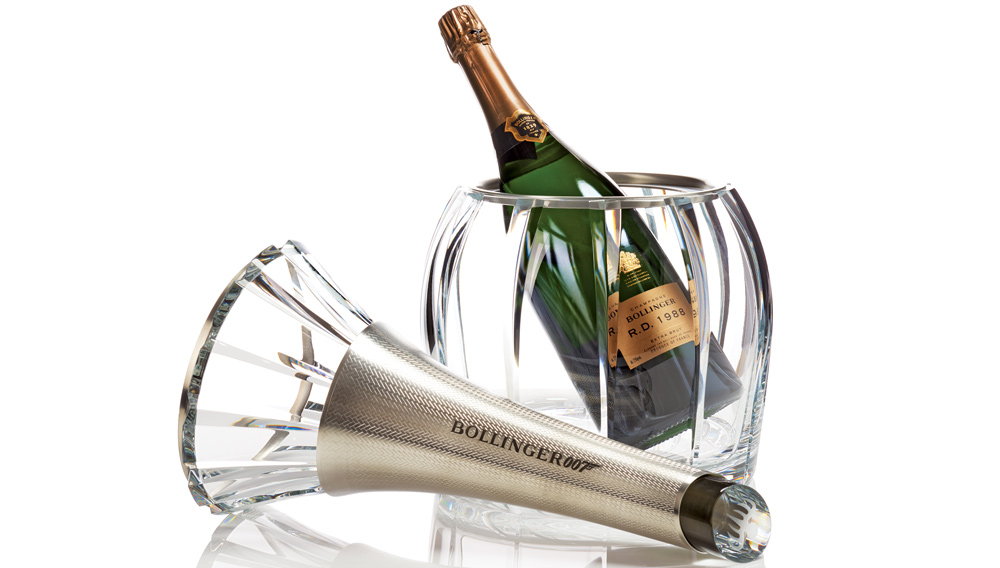 In GoldenEye, as James Bond speeds his Aston Martin DB5 along a mountain road, he suddenly screeches to a halt and flips open the car’s console, revealing to his companion a hidden cooler containing a Champagne flute and an iced bottle of 1988 Bollinger.

A select few of us can also chill out with a magnum of 007’s vintage of choice—free from the encumbrances of trained assassins. In honor of Spectre, the 14th Bond film to feature its bottlings,the 186-year-old Champagne house has released the Bollinger Spectre Crystal Set ($9,500, champagne-bollinger.com). This limited edition of only 307 examples pairs a magnum of Bollinger’s 1988 R.D. Extra Brut with a two-piece crystal ice bucket designed by Eric Berthés for the Saint-Louis crystal manufacturer of Lorraine, France. The bucket’s etched lines culminate in a base shaped like the film franchise’s signature gun muzzle, and the top is capped with Spectre’s sinister octopus symbol.