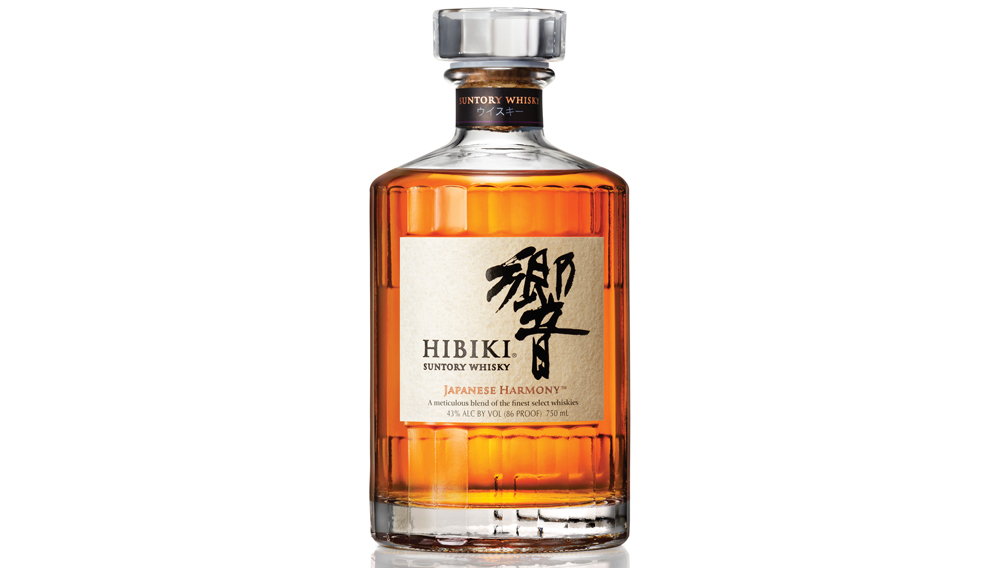 During the 1980s, Suntory unveiled Japan’s first single malt: Yamazaki. It later released a second single malt, Hakushu, as well as the blended-whiskey brand Hibiki, which recently unveiled the new expression Hibiki Japanese Harmony ($65, whisky.suntory.com). Unlike Hibiki’s other blended whiskeys, Japanese Harmony is not stamped with an age statement. To appease the curious, chief blender Shinji Fukuyo has revealed that at least 10 malt and grain whiskeys make up the blend, each matured in five different cask types. Malt whiskeys aged in American white oak impart floral notes and a sweet fruitiness. Ones matured in sherry barrels deliver complexity, and those that have been aged in mizunara (Japanese oak) casks add an element of spice, while peaty malt whiskeys contribute smokiness. The result is a delicate amber-colored blend that offers hints of rosemary, sandalwood, and lychee on the nose and imparts flavors of honey, candied orange peel, and white chocolate.