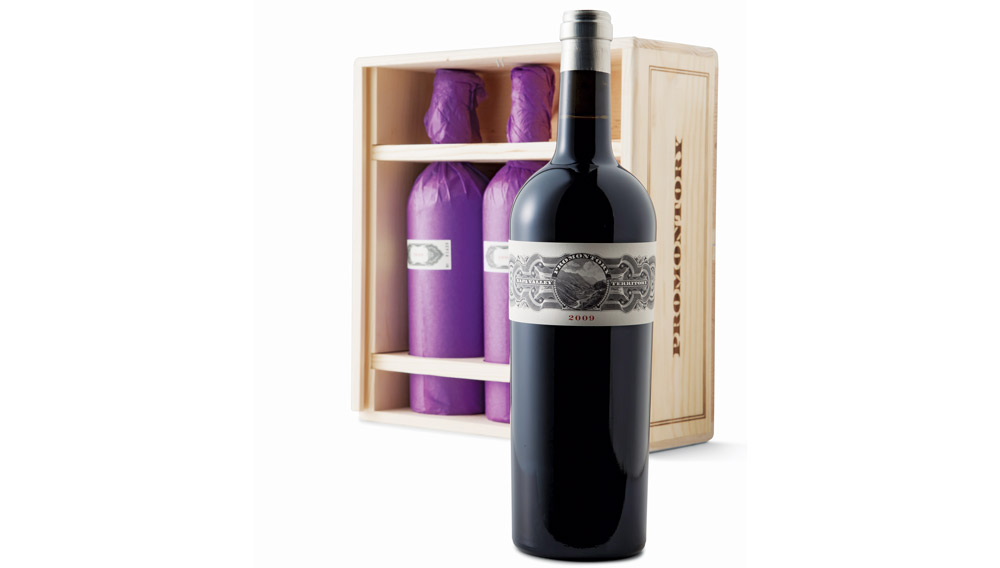 Preservation of the past and pursuit of progress are not mutually exclusive goals. About 25 years ago, Bill Harlan—founder and proprietor of Napa Valley’s Harlan Estate—laid eyes on a parcel of land situated in the mountains above Oakville, Calif., not far from his flagship property. A former carriage road that once connected Napa Valley with Sonoma’s Mission San Francisco Solano runs through this rugged terrain, which in the 19th century supported a mining concern and later, during Prohibition, a bootlegging enterprise headquartered in a shack that still tilts among the sprawling oaks. When Harlan first discovered these 840 acres, he was intrigued by their viticultural potential, but not until 2008 did this tract become available. Although the previous owner planted vines, which are currently producing, Harlan and his team began clearing and replanting the slopes, all the while respecting the locale’s historic points and natural beauty.

Promontory, as Harlan named his new venture, differs from the vintner’s other labels in that its winery—located a short distance from the vineyard site—will include a state-of-the-art tasting room. Presently under construction, this facility will be open by appointment to members, as well as the public, who can taste and pair the wines while admiring the spectacular vistas. One of the first vintages these pilgrims will likely sample, the Promontory 2009 Napa Valley (promontoryestate.com, from $400), reflects aspects of Harlan Estate’s signature style: powerful structure, pleasantly restrained ripeness, and earthy mineral elements. Black cherry, black raspberry, and peony on the nose precede a range of flavors: nutmeg, cocoa, cola, leather, and graphite. Harlan has indicated that this wine is made both for and by the next generation of wine lovers—as the involvement of his son Will in the project attests. If so, those budding enthusiasts will certainly drink well.