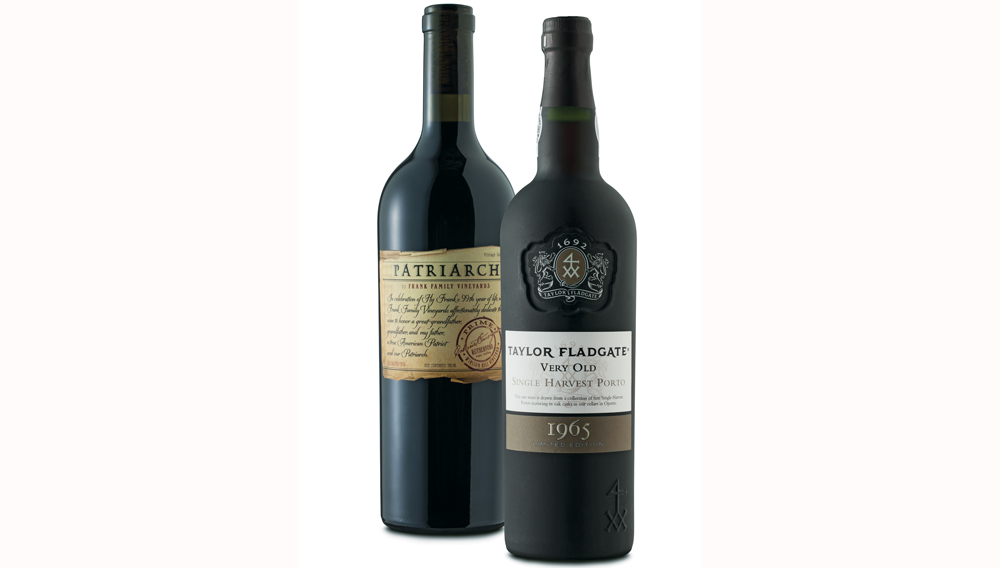 Few wines have followed a longer path to the cellar than Patriarch by Frank Family Vineyards ($225, frankfamilyvineyards.com), a 100 percent Cabernet Sauvignon whose story begins in 1916, when Hy Frank was born in New York City. As a young man, Hy joined the invasion of Normandy; on returning home, he founded his own small business, which he ran successfully enough to put his son, Rich, through college. That investment paid off: Rich launched a career in entertainment that included positions as president of the Paramount Group and Walt Disney Studios before purchasing the Historic Larkmead Winery in Napa Valley, where Frank Family Vineyards operates. Patriarch honors the man who made Rich’s achievements possible. Redolent of black currants, dried cherries, and attar of roses, this Rutherford red adds its own nuances to an already remarkable legacy.  —Brett Anderson

Most tawny ports are bottled at 10, 20, 30, or 40 years of age, but in those instances, the decade reflects the average age of the wines that make up the respective blend. A single-harvest tawny (also known as a colheita), on the other hand, reflects an individual growing season. As such, the 1965 Single Harvest Tawny—with its rich rust-amber hue; smooth, silky texture; and ripe notes of fig, toffee, and cedar—is a testament to the five decades of patience that produced it.  —Richard Carleton Hacker