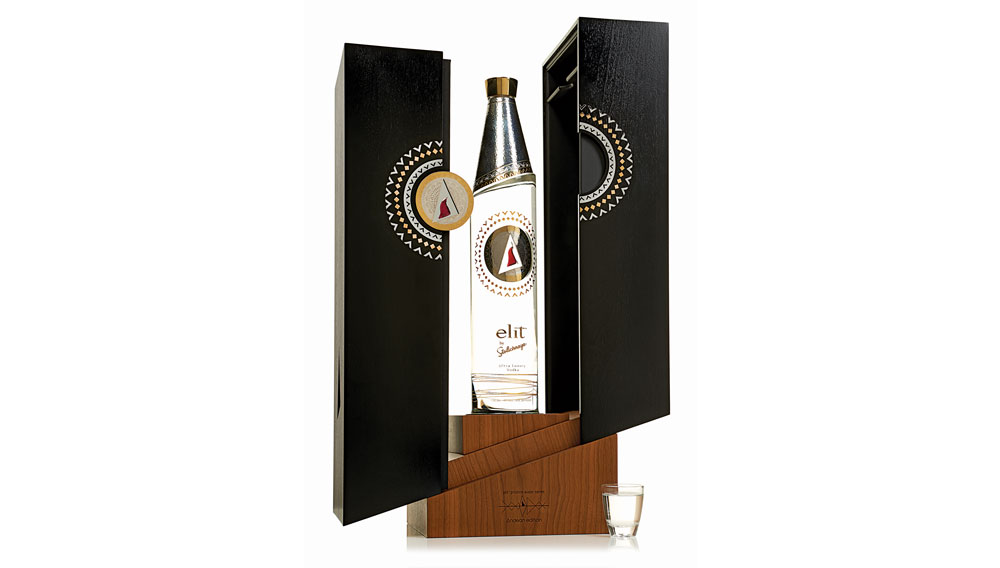 The Bureau of Alcohol, Tobacco, Firearms, and Explosives officially describes vodka as colorless, odorless, and tasteless; but anyone who sips two different vodka martinis side by side knows the bureau to be wrong. Although often subtle, the distinctions between individual vodkas are primarily the result of diverse distillation ingredients and filtration techniques—both of which are frequently touted by brands for promotional purposes. Seldom do marketers focus on the water, which Stolichnaya has elevated to a rarely achieved prominence with its Elit Pristine Water Series.

In 2012, Elit introduced the first of its boutique, ultra-premium vodkas: the Himalayan Edition, a spirit created using snowmelt from the Himalayan Mountains. The following year, the New Zealand Edition was unveiled, featuring water from the Blue Spring. Now the company has released the third and final offering in the series, the Elit by Stolichnaya Pristine Water Series: Andean Edition ($3,000, elitbystoli.com), whose 250-bottle production was distilled from the crystal-clear issue of a lake in the Andes Mountains of Chile.

The Andean Edition relies, like its predecessors, on a recipe that calls for 97 percent wheat and 3 percent rye, and a filtering regimen that uses quartz sand, Russian-birch charcoal, and cloth. A freeze-out filtration process unique to Stolichnaya’s Elit products chilled the spirit to −18 degrees Celsius, binding together any remaining impurities, which electrokinetic filters then trapped. The only variable was the water.

In contrast to the citrus notes of the Himalayan version and the spicier profile of the New Zealand one, the Andean Edition reveals crisp hints of wet stone and grass on the palate. Although a curious few might succumb to temptation and mix a martini for the purposes of comparison, this vodka, like its siblings, should never be tainted with vermouth.