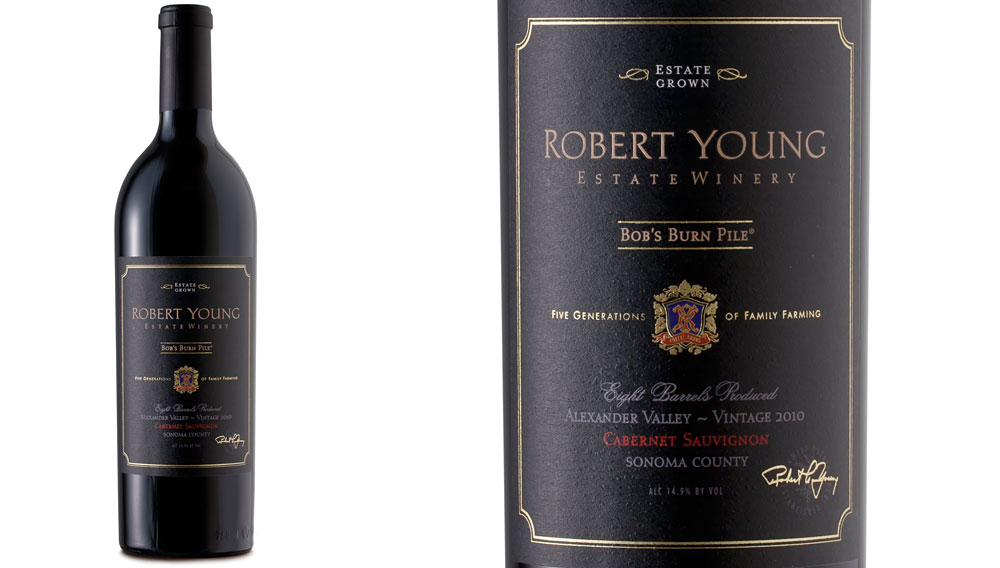 For Robert Young, whose family has farmed the same acreage in Sonoma County’s Alexander Valley for five generations, one of the highlights of agricultural life was apparently lighting his burn pile—a large heap of dried cuttings that, once ignited, burned all day, leaving only a smoldering expanse of ash. Once the farm became a vineyard property, now known as the Robert Young Estate Winery, the patch of land that provided the mise-en-scène for Young’s bonfires proved so conducive to growing Cabernet Sauvignon that the family chose to vinify and bottle its fruit separately. The Robert Young 2010 Bob’s Burn Pile Cabernet Sauvignon ($85; www.ryew.com) is intensely dark and shows luscious black-plum fruit made more piquant by essences of cassis, charred bread, asphalt, and sweet, dried sage.