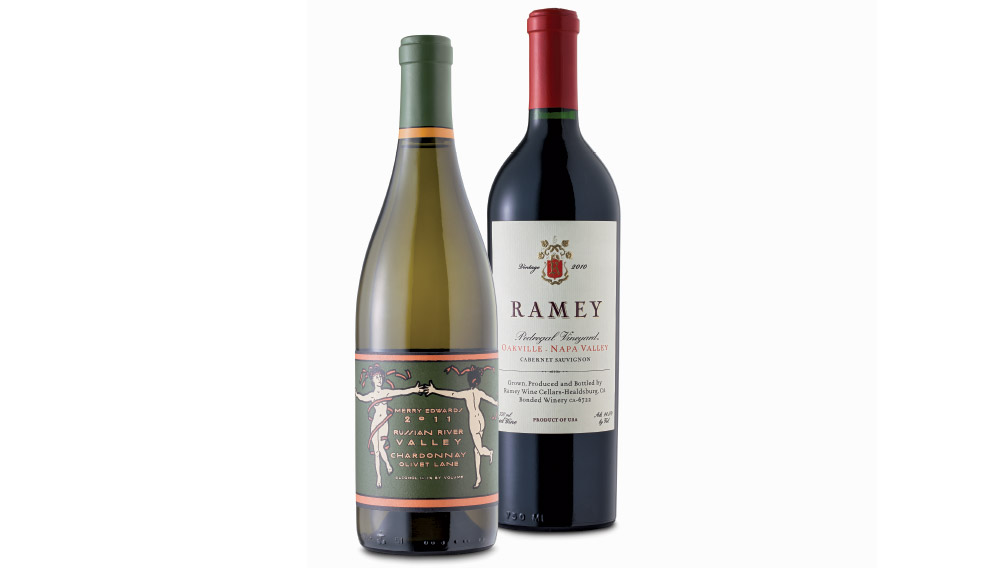 Well Placed Owing to the concept of the rock-star winemaker, those who imbibe are more apt to recognize the name of the individual in charge of the winery than the name of the place where the grapes were grown. Still, location is everything in the world of fine wine, as David Ramey, founder and winemaker at Ramey Wine Cellars, illustrates with his  Ramey 2010 Cabernet Sauvignon Pedregal Vineyard ($185, www.rameywine.com), which comes from a vineyard on the eastern slopes of Oakville. “I increasingly think of [Oakville] as the Pauillac of Napa Valley, because of the concentration of great wines which derive from there,” says Ramey. The vineyard’s name is Spanish for “rocky,” and this aspect of the site is reflected in the intense mineral core, which is lightened by lyrical essences of blackberry, anise, cola, and rose petals.

White Lady During her long career as one of the leading women in California’s wine industry, Merry Edwards has worked with virtually every type of varietal. After graduating from UC Davis, she progressed through positions at wineries such as Mount Eden and Matanzas Creek, developing a signature style of Sauvignon Blanc. However, when she decided to strike out on her own, her grape of choice was Pinot Noir, and her region of choice was Sonoma’s Russian River Valley. She has since developed a loyal following with her single-vineyard expressions of Pinot, particularly those from Meredith Estate, Klopp Ranch, and Olivet Lane. Yet Sonoma’s first lady in red also makes a startlingly beautiful white from the latter property. The Merry Edwards 2011 Chardonnay Olivet Lane ($60, www.merryedwards.com) serves the grateful palate a magnificent medley of crisp apple, lemon curd, honeycomb, and apricot laced with invitingly warm brown spice.