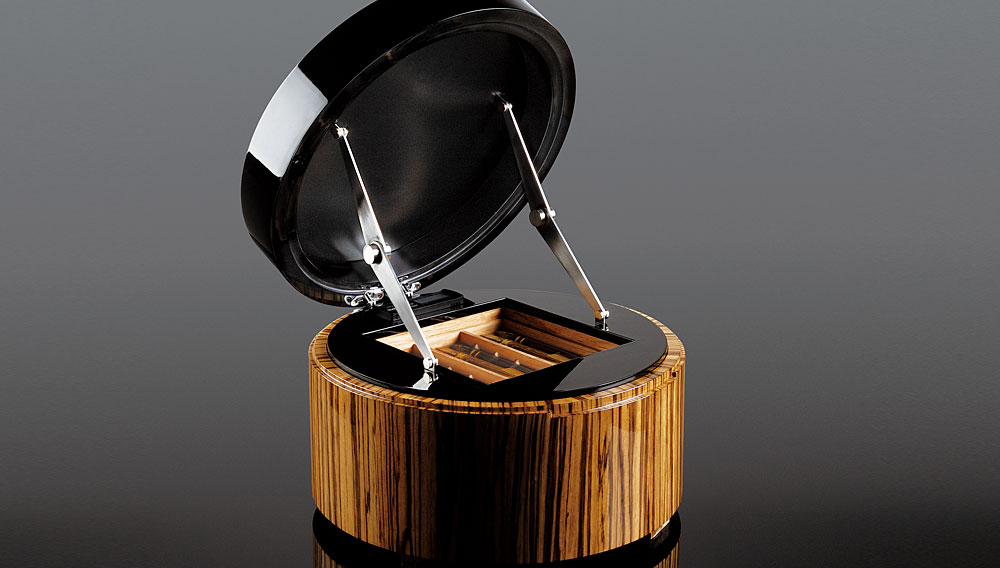 Austria-based architect and interior designer Genco Berk put deep thought into his DeLight humidor (www.genco-berk-design.com), a $4,400 desktop accessory that holds as many as 80 cigars. Berk based the DeLight—his first humidor design—on ancient Chinese coins that are round with a square cutout. Berk says the square symbolizes Earth and the round exterior represents heaven. He considers cigars to be earthly products that yield heavenly experiences; thus the DeLight’s delightful design.

The glossy black finish on the DeLight’s lid pays homage to Chinese lacquering techniques, while Spanish cedar lines the inside to help control humidity. Offered in a limited edition of just 300 pieces, the DeLight will be followed in 2010 by Berk’s second humidor design.