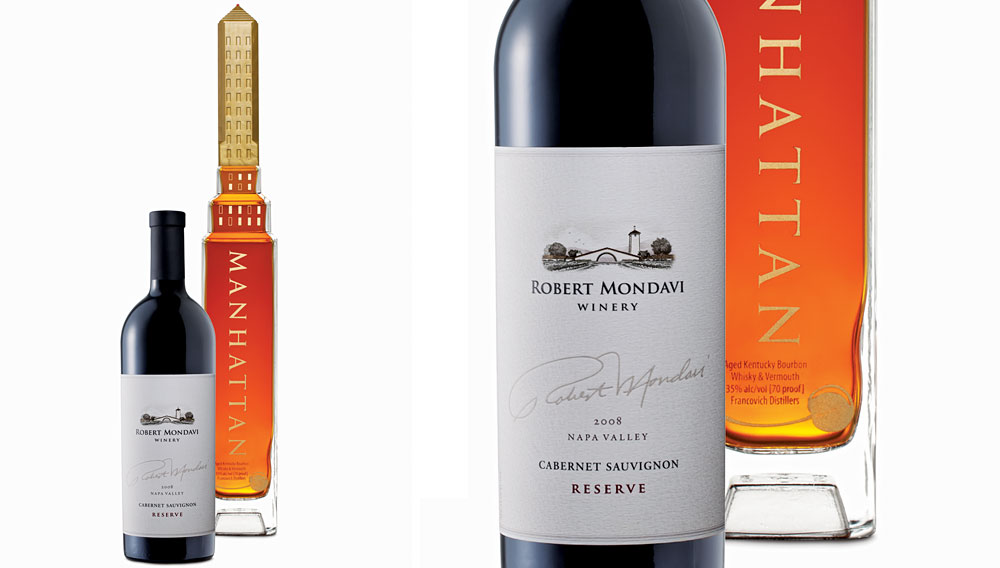 Though California’s Napa Valley has a reputation for producing some the world’s finest red wines, Robert Mondavi, the region’s most celebrated vintner, achieved his first success with a white grape, Sauvignon Blanc. The lean, mineral-laden flavor profiles of the wines typically made from this varietal were not as readily embraced by consumers as the more opulent ones produced from Chardonnay. To imbue his Sauvignon Blanc with greater richness, Mondavi aged the wine in oak barrels; the result, which he called Fumé Blanc, was a commercial and critical triumph that was soon followed by the fledgling winery’s flagship offering, Cabernet Sauvignon. The label’s current director of winemaking, Genevieve Janssens, who worked for Mondavi when she first arrived in California in 1978, shares her mentor’s passion for balanced, classically styled Cabernet. The Robert Mondavi Winery 2008 Cabernet Sauvignon Reserve is a deliciously refined orchestration of blueberry, black cherry, and dried-herb aromas and warm flavors of black plum, espresso, bittersweet chocolate, cinnamon, and clove. ($135) www.robertmondavi.com

The Manhattan’s origin is the subject of many myths, the most persistent of which maintains that the drink was concocted for a banquet held by Lady Randolph Churchill at the Manhattan Club. It has been said that on the date of the dinner Lady Randolph was actually in England attending the christening of her son Winston, but her absence has not deterred compilers of such lore, who savor these tales as much as the beverage itself. The Francovich family, however, has its own history to relate where the Manhattan is concerned. For more than 70 years, the family has prepared its proprietary version of the classic, which Sam Francovich and brother-in-law Mike Stoker recently began producing as a ready-made cocktail at their distillery in Reno, Nev. Manhattan from Francovich Distillers is bottled in a decanter shaped like an Art Deco–era skyscraper and presents a subtle fusion of 4-, 6-, and 8-year-old Kentucky straight bourbon, sweet vermouth, and bitters. Just shake over ice and serve. ($40) www.francovichdistillers.com