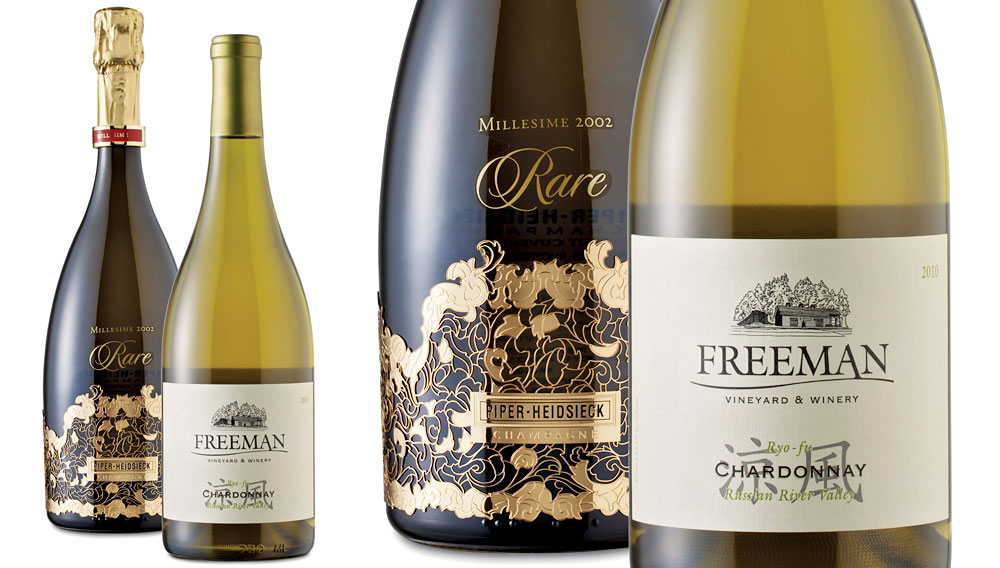 Successful marriages often produce cheerful children; but in the case of Henri-Guillaume Piper, his offspring were literally effervescent. In 1815, Piper joined the Champagne house of his cousin, Florens-Louis Heidsieck, who founded Heidsieck & Co. in Reims in 1785. After Heidsieck passed away in 1828, his favorite nephew, Christian, stepped into the role of director of the firm, whose wines were much admired by Queen Marie-Antoinette. Fortune did not favor Christian any more than it did that royal personage: He died seven years after his appointment, and in 1838, Piper married his widow and added his own name to the house. Though its wines have long graced the glasses of luminaries, Piper-Heidsieck did not introduce its most unusual creation until 1985, the year of the house’s 200th anniversary, when it unveiled a special bottling from the extraordinary 1976 vintage. Dubbed Cuvée Rare, this prestige cuvée has been produced only eight times. The most recent release, Champagne Piper-Heidsieck Millésime 2002 Cuvée Rare, exudes a bouquet of blood orange, papaya, banana, and caramelized pineapple, and its lengthy finish shows subtle flavors of honeycomb and brine. ($180) www.piper-heidsieck.com

Akiko and Ken Freeman grew up in different worlds—she in Tokyo, he in upstate New York—but they shared a love of wine long before they met in 1985. It was Hurricane Gloria that brought them together. Ken was working as a crew member on a yacht heading from New England to the Caribbean when the storm forced his vessel into port; there, he met his future wife at a party. The couple opened their artisan winery in 2001, and its reputation as one of Sonoma County’s most esteemed producers of Pinot Noir and Chardonnay has grown since. The Freeman 2010 Ryo-fu Chardonnay, whose name means “cool breeze” in Japanese, offers aromas of white peach, melon, and fresh fig, as well as exotic fruit flavors—pineapple, mango, and yuzu—awash in crisp acidity. ($44) www.freemanwinery.com