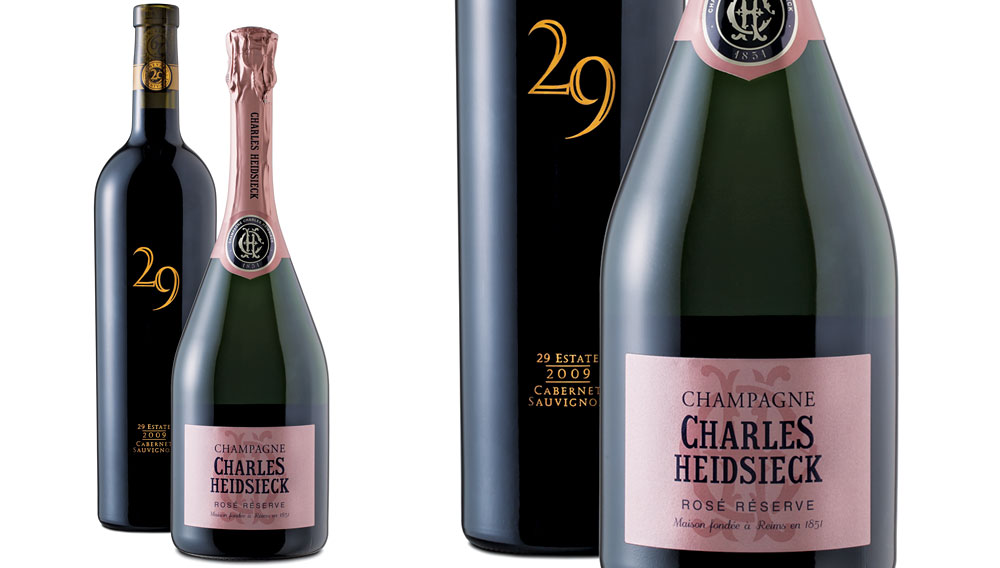 The Heidsieck name has been intimately associated with Champagne since 1785, when Florens-Louis Heidsieck established Heidsieck & Co. in Reims. Champagne Charles Heidsieck was founded in 1851 by its eponymous proprietor, a grandnephew of Florens-Louis, who earned the sobriquet “Champagne Charlie” while marketing his bubbly to the prosperous inhabitants of New York and Boston in the decade before the Civil War. His success in America, however, almost became his undoing: During the war, his agent in New York refused to turn over to him the money earned from U.S. sales, and Charles was arrested as a French spy for the Confederacy when the Union captured New Orleans. Fortunately for wine lovers, the scurrilous agent’s relatives later made restitution, enabling Charles to revive his firm, whose newest release of Champagne Charles Heidsieck Rosé Reserve NV offers a delicate nose of strawberry, vanilla, and cream and a soft, chiffon-like texture that enrobes the taste buds in flavors of white peach and raspberry. ($80) www.charlesheidsieck.com

Few properties in California’s Napa Valley boast as impressive a succession of winemaking alumni as Vineyard 29, which Teresa Norton and Tom Paine established in 1989 on 3 acres located just northwest of St. Helena. The couple had the good fortune to retain vineyard manager par excellence David Abreu to care for their investment; in 1992 they released their first vintage, which was produced at the Grace Family winery by Gary Galleron, who has also made wines for Chateau Montelena, Hartwell, and Seavey, among others. Heidi Barrett succeeded Galleron as winemaker in 1995, and in 1999, Philippe Melka began crafting the wines, as he continues to do under current owners Anne and Chuck McMinn. The Vineyard 29 2009 29 Estate Cabernet Sauvignon is one of Melka’s finest renderings to date. Smooth, dark, and dense as melted chocolate, it exudes aromas of cocoa, violet, licorice, and sweet tobacco, while on the palate, flavors of black cassis, peppercorn, and savory black olive emerge. ($225) www.vineyard29.com