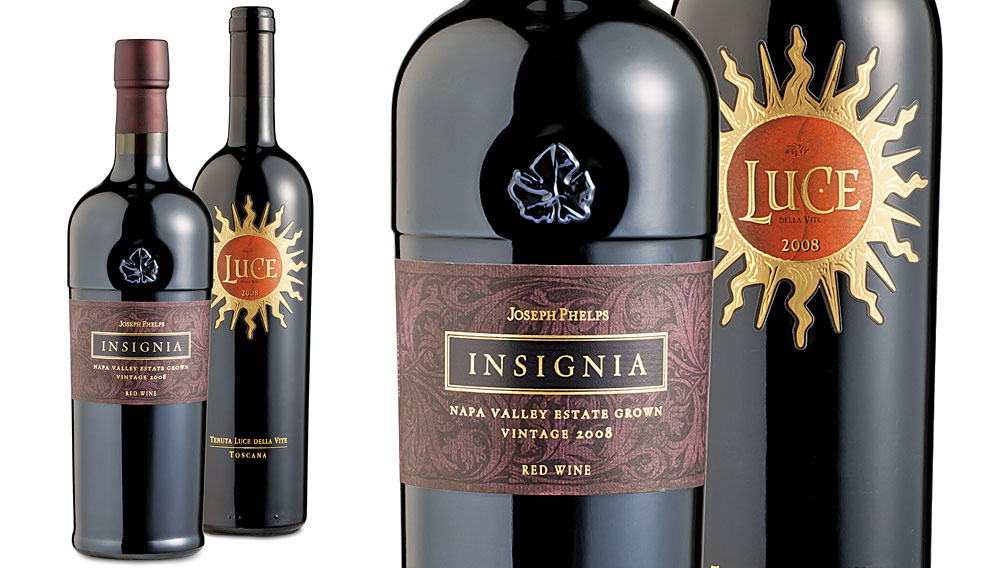 Only a handful of Napa Valley’s legendary wines have been around for more than a decade or two, most having been introduced in the 1980s and 1990s, when the success of a few Cabernet Sauvignon–based wines spawned cult followings and inspired a number of parvenu vintners to try their hands at winemaking. Yet the wine that established the regional benchmark for premium Bordeaux-style blends was the brainchild of a newcomer as well. The eponymous founder of Joseph Phelps Vineyards first came to the valley not to plant vineyards but to oversee the construction of a winery for another producer. Smitten with the area, the construction-industry executive in 1973 purchased the 600 acres on Taplin Road that would become his flagship vineyard. The next year he produced Insignia, the first superpremium Napa blend to combine a range of Bordeaux varietals from different vineyards to achieve the finest expression of the vintage. The Joseph Phelps Vineyards 2008 Insignia is a well-balanced composition of 89 percent Cabernet Sauvignon, 7 percent Petit Verdot, and 4 percent Merlot. Heady aromas of espresso and freshly grilled bread precede flavors of blackberry, black cherry, mocha, and vanilla cream. ($200) www.jpvwines.com

In 1995, encouraged by his Opus One partnership with the family of Baron Philippe de Rothschild, Robert Mondavi embarked on a similar collaboration in Italy. Mondavi and his sons, Michael and Tim, joined forces with the Marchesi de’ Frescobaldi to craft a Super Tuscan wine from Montalcino. Now owned and managed by the Frescobaldis, Tenuta Luce della Vite specializes in wines that soften the massive tannic structure of the indigenous Sangiovese with the elegance of Merlot. The Luce 2008, which contains 55 percent Merlot and 45 percent Sangiovese, is as dark as purple ink. From Sangiovese, the wine derives its deep tannins and flavors of leather, pepper, and mint, while the Merlot component imparts a honeyed texture and overlay of ripe cherry, wild berry, and dark chocolate. ($93) www.lucedellavite.it