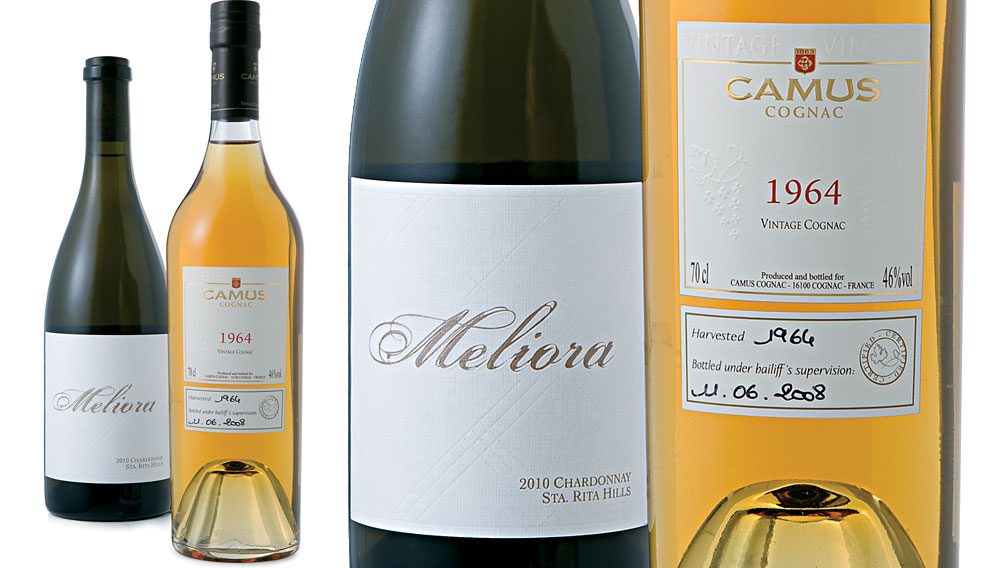 Due to the strict laws regulating their production, certified single-vintage Cognacs are somewhat elusive. So after Cognac house Camus discovered an especially rare example from Petite Champagne—one with documentation dating back to its barreling in 1964—the nearly 150-year-old distiller decided, in 2008, to bottle every last drop. Though it requires some time in the glass to open up, the Camus 1964 Vintage Cognac delights the senses with a vibrant array of fragrances, including peach, pear, roasted almond, coffee cream, and butterscotch. Many of these notes reappear on the palate, while silky tannins and flavors of jasmine, cedar, and hazelnut round out the finish. Though the distiller offers the rest of its Rarissimes line of single-vintage Cognacs in more abundant quantities, it has released a mere 22 bottles worldwide of this spirit. ($750) www.rarissimesbycamus.com

Christopher Miller, the beverage director of Spago Beverly Hills, is certainly not the first sommelier to try his hand at making wine; in fact, his leap from the wine cellar into the winery was inspired by a similar decision on the part of a colleague. When Greg Harrington left his position as beverage director for a large operation in New York City to found Gramercy Cellars in Walla Walla, Wash., Miller decided to visit his friend during harvest. Miller was smitten by the Syrah from the region’s Les Collines Vineyards and acceded to Harrington’s entreaties to collaborate in making a wine from that property. When Miller accepted his current position at Spago, he decided to refocus the wines offered under his Meliora label. Working with Greg Brewer of Brewer-Clifton, one of Santa Barbara County’s most sought-after producers, Miller introduced a 2009 Pinot Noir and, more recently, a Chardonnay. Meliora 2010 Chardonnay Santa Rita Hills is a finely articulated white, whose soft scents of brine and mineral derive from the region’s diatomaceous soil. A light perfume of lemon blossom anticipates the bright citrus flavors on the palate, and the wine’s brilliant acidity carries through its long, precise finish. ($40) meliorawine@gmail.com