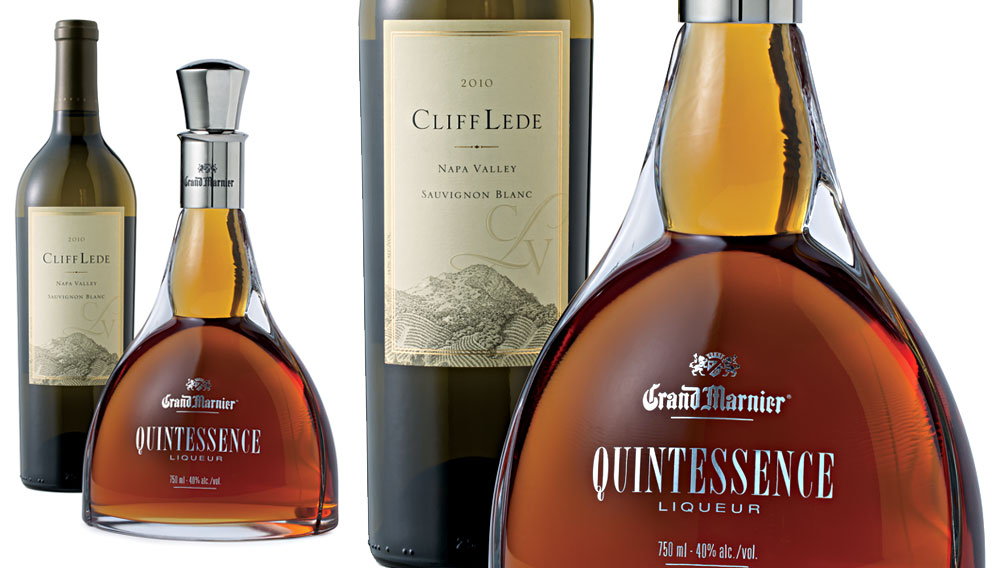 Those privileged to taste Grand Marnier Quintessence can sincerely boast that they have sampled paradise. After all, this new expression of Grand Marnier—the first to be released since distiller Marnier Lapo­stolle debuted Cent Cinquantenaire in 1977 to celebrate its sesquicentennial—includes rare eaux-de-vie selected from the Grand Marnier Paradise, an exclusive reserve cellar at the distillery in Neauphle-le-Château, France, where the firm stores bottles of Grande Champagne Cognac, some of which date back as far as 1875. Though the more than 20 component spirits in this ethereal blend range in age from 25 to 100 years, the two most remarkable examples are the vintage 1955 and 1906 Cognacs. The depth of these eaux-de-vie is enhanced, according to Grand Marnier tradition, by the addition of distillate extracted from citrus bigaradia, or bitter orange, grown in the Caribbean and used in the original recipe by Louis-Alexandre Marnier Lapostolle. The result is a heady amber elixir, with scents of orange oil, peonies, toffee, and toasted marshmallow, that on the palate yields flavors of candied blood orange, lemongrass, honey, and tea. ($700) www.grand-marnier.com

A bottle of Château Ducru-Beaucaillou that Cliff Lede had tasted in his youth inspired him to collect wines from Bor­deaux. But his transformation from enlightened enthusiast to entrepreneur occurred in the late 1990s, when the Canadian businessman first visited the Napa Valley. Not long afterward, he acquired 60 acres of prime vineyards in the Stags Leap District. His latest acquisition, however, came from Bor­deaux: consulting winemaker Philippe Melka, a native of that region who has crafted wines for some of Napa’s leading labels. Mel­ka’s first release for Cliff Lede, Cliff Lede 2010 Sauvignon Blanc, is a lively white that exudes aromas of lemon, mint, and ripe peach. The palate is crisp, the finish as long, cool, and mellow as an Indian-summer evening. ($23) www.cliffledevineyards.com