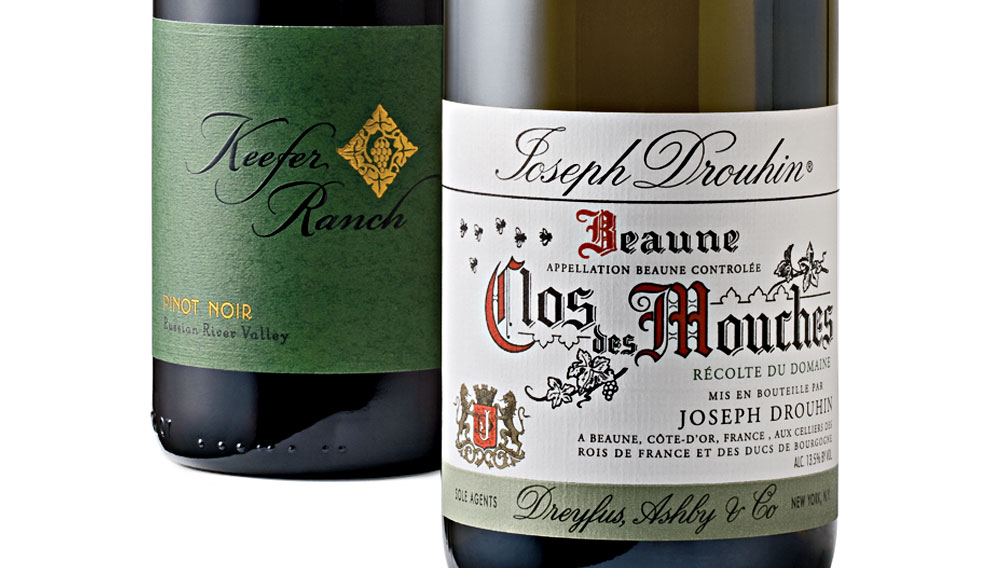 The signature wine of Joseph Drouhin, one of the most distinguished négociants in Burgundy, has a curious name. Clos des Mouches translates as “enclosure of the flies,” a moniker that this premier cru vineyard, located on a hill near Pommard in the Côte de Beaune, has borne since the 16th century. The name assumes a more attractive aspect, however, when one realizes that the word mouche also means “honeybee” in the local dialect, and that the southeast-facing slope of the land made the parcel a popular site for beekeeping. When Maurice Drouhin acquired 31.9 acres of the vineyard in 1918, it had been replanted with Pinot Noir after the phylloxera infestation of the late 1870s; however, his research into the property’s history revealed that Clos des Mouches had once produced an exceptional white wine. In the 1920s, he began planting some Chardonnay in the vineyard’s clay-and-limestone soil, and today, about half the family’s acreage in Clos des Mouches is devoted to that varietal. The wisdom of his decision is apparent in the Joseph Drouhin 2008 Beaune Clos des Mouches, a silky-textured white that exudes aromas of jasmine and candied lemon. Flavors of citrus, hazelnut, and vanilla mingle on the palate before a long, honeyed finish that even a bee might envy. ($100) www.drouhin.com

One of the best appellations in Sonoma County for Pinot Noir was long considered too foggy for viticulture. Yet this maritime layer, which cools the grapes at night, helps develop the character of the Pinot Noir that has made the reputations of such vintners as Marcy Keefer, who founded Keefer Ranch with her late husband, Robert, in the mid-1980s. Keefer Ranch fruit has enlivened bottlings from many esteemed producers, but since 2006 Keefer and her son, winemaker Craig Strehlow, have offered their own. The Keefer Ranch 2008 Pinot Noir‘s texture is exquisitely soft, as are the tannins, and the finish sustains its vibrant note of red cherry. ($42) www.keeferranch.com