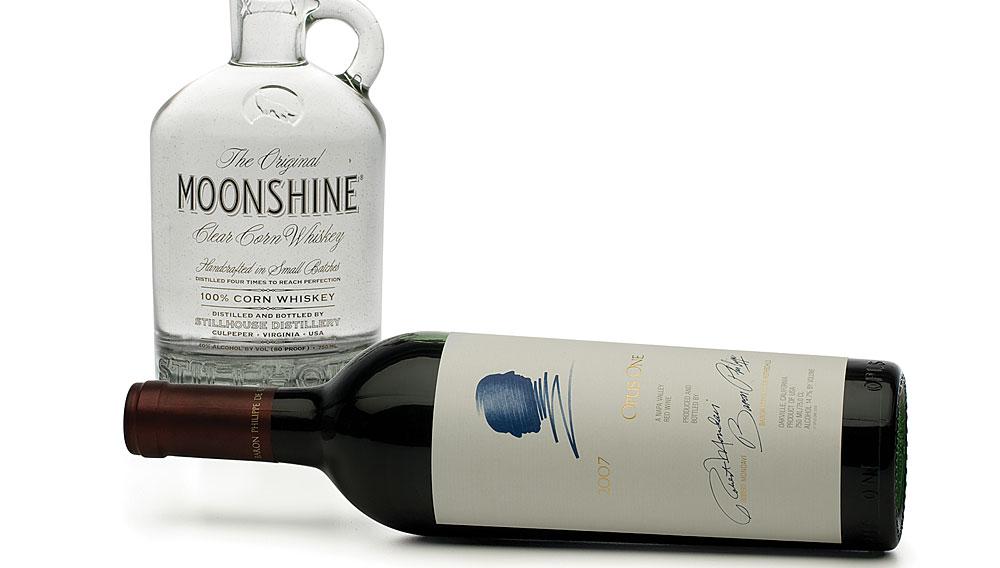 After the watershed Paris tasting organized by wine merchant Steven Spurrier in 1976, no development has done more to raise the esteem of the world’s leading critics for the wines of Napa Valley than the partnership formed in 1978 between Baron Philippe de Rothschild, owner of Château Mouton Rothschild, and Robert Mondavi. This unprecedented Franco-American alliance yielded the first New World “cult” wine, Opus One, which Mondavi’s son Timothy and the baron’s winemaker, Lucien Sionneau, crafted from grapes grown on the Mon­davi estates using many of the winemaking techniques employed at Mouton Rothschild. More than three decades later, the winemaking is in the hands of one man, Michael Silacci, yet the Opus One 2007 Napa Valley Red Wine continues to exhibit the label’s signature combination of California intensity and French intricacy of structure. An elegant nose of rose petals and fresh dill prepares the senses for a rush of fruit on the palate—black cherry, cranberry, red grapefruit—followed by more delicate flavors of tobacco, toasted rice, and green tea. ($200) www.opusonewinery.com

If the 18th Amendment to the U.S. Constitution failed to produce a sober and serious society, it did at least confirm a universal truth: The arm of the law will never be long enough to separate the thirsty citizen from strong drink. As soon as the federal government began enforcing the Volstead Act, clandestine stills cropped up across the land to supply a crude, corn-based whiskey that—because it was delivered nocturnally by runners along little-used rural roads—became known as moonshine. Moonshine production continued even after the repeal of Prohibition in the 1930s, but the blue-collar brew only recently received a black-tie makeover at Stillhouse Dis­tillery, which farms its corn on a 120-acre estate in Virginia and creates its spirit in a Prohibition-era copper still. Original Moonshine Clear Corn Whiskey is a sophisticated alternative to vodka whose subtle flavors of grain sugar and caramel will shine in your cocktail of choice. ($40) www.moonshine.com