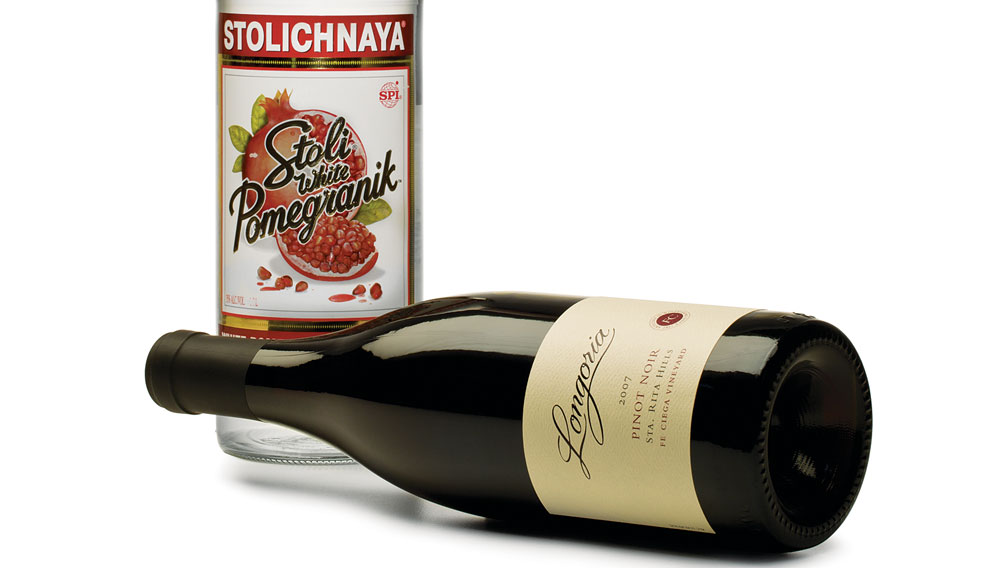 Very few varietals of grape have escaped being planted, at one time or another, in the soils of Santa Barbara County. Spurred in the 1970s by the international recognition then bestowed on Cabernet Sauvignon from Napa Valley, many growers in the area opted to experiment with the varieties from Bordeaux. Others discovered that the heartier Rhône reds—Syrah, Mourvèdre, and Grenache—flourish in the county’s inland valleys, while nearer the coast, in the Santa Maria Valley and the Santa Rita Hills appellations, Chardonnay and Pinot Noir express special regional characteristics. When winemaker Rick Longoria decided to step out on his own in 1982, he chose to focus initially on these last two varietals, producing small quantities of each with fruit sourced from Santa Maria. Almost three decades later, his portfolio of wines is a veritable sampling of all that Santa Barbara has to offer, though his rising reputation rests on Pinot Noir—particularly that from his estate vineyard, Fe Ciega. The Longoria 2007 Pinot Noir Santa Rita Hills Fe Ciega Vineyard is a bold expression, black-red in color with deep aromas of black cherry, boysenberry, and sweet curry. The texture is smooth as satin, and the palate progresses from a profusion of black cherry to sweet, damp tobacco, cinnamon, smoky chaparral, and finally sandalwood and white pepper. ($54) www.longoriawine.com

The object in making fine vodka, until recently, has been largely to eliminate rather than to exaggerate flavors. Popular taste, however, has gone in the opposite direction. Today’s flavored and flavor-infused vodkas run the gamut of essences, from the obvious (orange, cacao, cassis, coffee, and tea) to the unimaginable (bacon and salmon). Yet not all distillers push the extremes. Stolichnaya White Pomegranik, the Russian distiller’s latest release, strikes a refreshing balance between novelty and sophistication. The more delicate taste of the white pomegranate, as compared to its red counterpart, lends this light spirit a delicate earthy sweetness that is perfect for blending but even better served in its purest state: chilled in a vodka martini. ($24) www.stoli.com