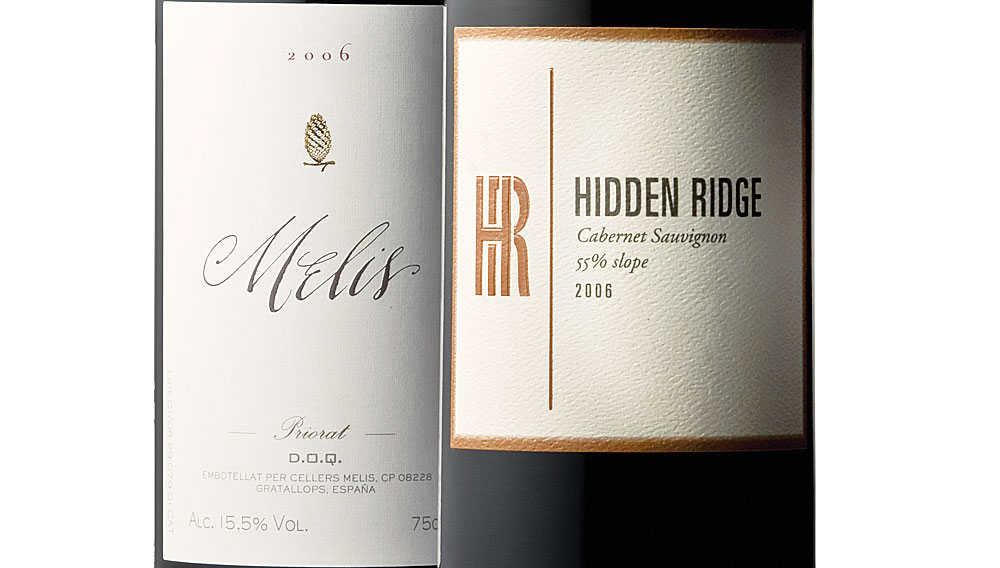 Great wine is the product of the relationship between the vintner and the land; yet it is also sometimes the result of an abiding friendship, as is the case with the wines of Cellers Melis, located in the Priorat region of Spain. Here, in 1984, Victor Gallegos and Javier Lopez, friends and fellow students at the University of California, Davis, arrived to investigate what was then an obscure winemaking area. Priorat’s climatic extremes and unique soil (composed of a blue-black slate the Catalans call llicorella) captivated the pair, and, upon returning to Davis, they agreed they would make wine there someday. After graduating, Lopez returned to his native Spain, and Gallegos eventually became general manager and director of winemaking at Sea Smoke Cellars. In 2000, with Russ Weis, Gallegos and Lopez bought 47 terraced acres containing 100-year-old Cariñena vines. The trio planted the additional varietals—Syrah, Cabernet Sauvignon, and Grenache—that complete Melis’ distinctive red, which debuted with the 2004 vintage. The latest release, Melis 2006 Melis Priorat, like the region itself, exhibits contrasts. Black cherry and sweet floral notes greet the nose, while, on the palate, the wine conjures earthier flavors of licorice, sandalwood, tobacco, and slatelike minerality. ($65) www.melispriorat.com

the vistas from a 165-acre parcel on the Sonoma County, Calif., side of the Mayacamas Mountains convinced Lynn Hofacket and Casidy Ward that the site would be ideal for a country home. Unfortunately, its precipitous slopes proved an obstacle to cost-effective construction. So the couple decided to plant Cabernet Sauvignon, and the Hidden Ridge 2006 55% Slope Cabernet Sauvignon affirms the wisdom of their decision. The texture is smooth, and flavors of chocolate, spiced plum, espresso, and tarragon lead to a lengthy crescendo. ($40) www.hiddenridgevineyard.com