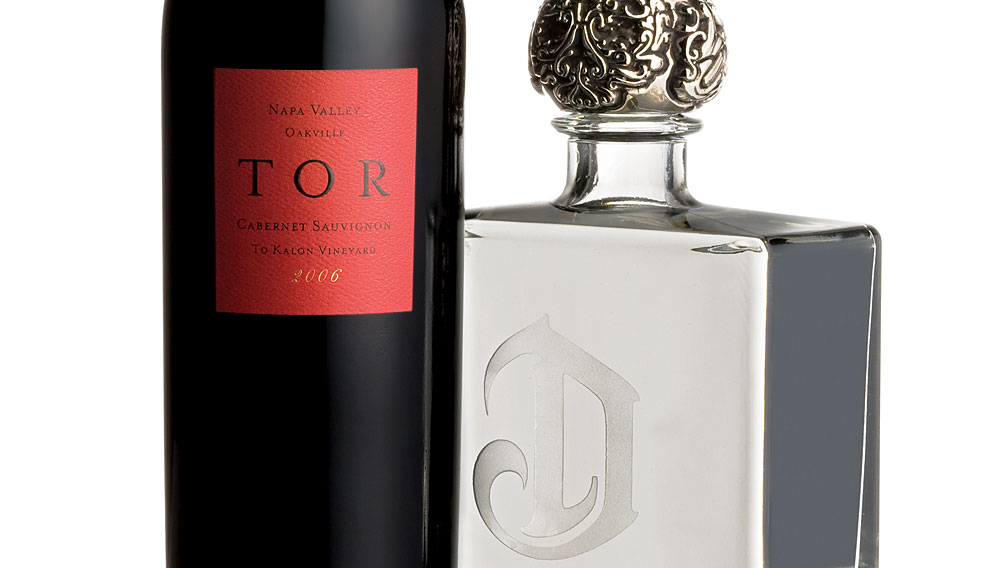 All names have their personal and historical associations, but one would be hard-pressed to find a wine whose label alludes more richly to its place of origin than the TOR 2006 Cabernet Sauvignon Beckstoffer To Kalon Vineyard. Tor Kenward, the vintner behind this velvety red, has been a pioneer in Napa Valley for more than three decades, having worked with Beringer wine master Ed Sbragia to shape that winery’s textbook Private Reserve program. The vineyard from which these grapes are sourced is also significant: Established in 1868 by Hamilton Crabb, this Oakville property formed the backbone of Robert Mondavi Winery’s Cabernet Sauvignon from the time Mondavi acquired his first 11.6 acres in 1966. The largest parcel that Mondavi did not come to own belongs to grower Andy Beckstoffer, whose grapes make for some of California’s most prestigious wines—this one included. Heady aromas of red-raspberry liqueur, ripe cherry, and concentrated boysenberry fruit wash over scents of allspice and sandalwood. The texture—a voluptuous liquid fabric that is at once warm and cool, soft and powerful—nearly trumps the gorgeous succession of fruit, toffee, and toasted-wood flavors. ($150) www.torwines.com

A family in the Jalisco highlands of Mexico has partnered with a Los Angeles–based entrepreneur to make a once private reserve available to the wider world. Made from the first pressing of agaves grown on the family’s estate in Purisima del Rincón, the blanco DeLeón Diamante displays the crispness of agave mellowed by lime, orange, and a touch of green olive. The proprietors have also debuted a full-flavored reposado that will be joined this fall by an extra-añejo. All three deserve to be sipped neat from white-wine stemware. Skip the lime and salt. ($130) www.deleontequila.com