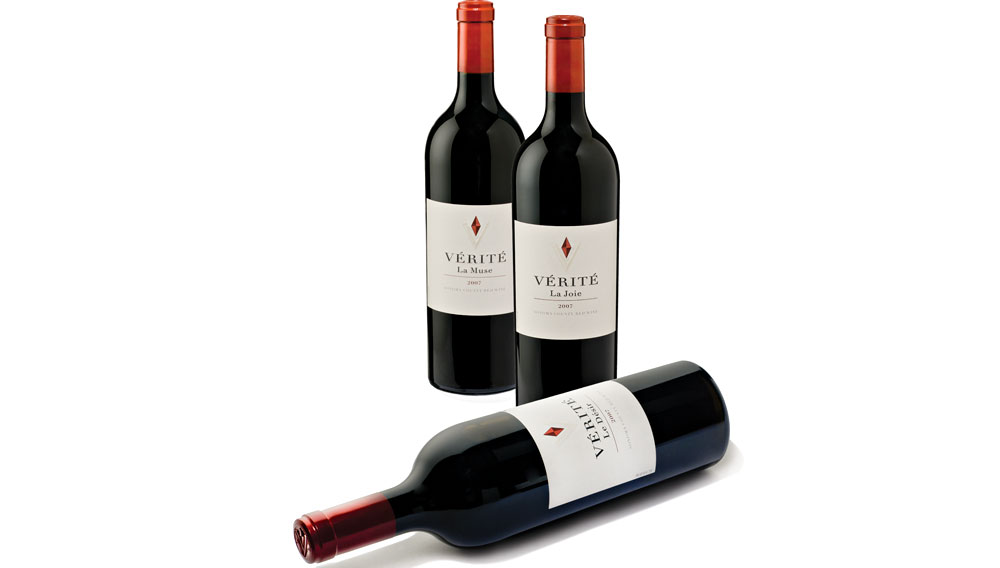 Perfection always entails a precarious balancing act, and in the wine industry especially, achieving that harmonious state requires patience. Fortunately for oenophiles, the late Jess Jackson possessed this virtue in ample supply. The Kendall-Jackson founder and his wife, Barbara Banke, spent many years acquiring prized mountain and hillside properties throughout California’s most important wine-producing regions; but the couple always believed that the portfolio of vineyard sites they owned in Sonoma had the potential to yield wines unlike anything else in California. When vigneron Pierre Seillan, whose work in Bordeaux the couple had admired, was invited to inspect these parcels, he agreed with their assessment—and joined the couple as an integral contributor to the project that became Vérité.

To celebrate the realization of Jackson’s dream of producing Bordeaux-style red wines on a par with France’s legendary estates—and to share that dream with a handful of collectors—Banke and Seillan have created The Gift of Perfection, a limited edition of only 50 individually numbered, hand-built custom wooden cases, each containing seven Vérité wines that received perfect scores from Parker. In addition to this year’s Best of the Best selection for domestic red wines, the 2007 La Joie, this gift box—offered exclusively to the readers of Robb Report on a first-come, first-served basis—includes the 2005 La Joie; the 2001, 2007, and 2008 La Muse; the 2007 and 2008 Le Désir; and a personal invitation to one of only two private events to be held at the estate in 2012. ($4,500 per case) 707.433.9000 (ask for Teresa Mattingly), www.veritewines.com