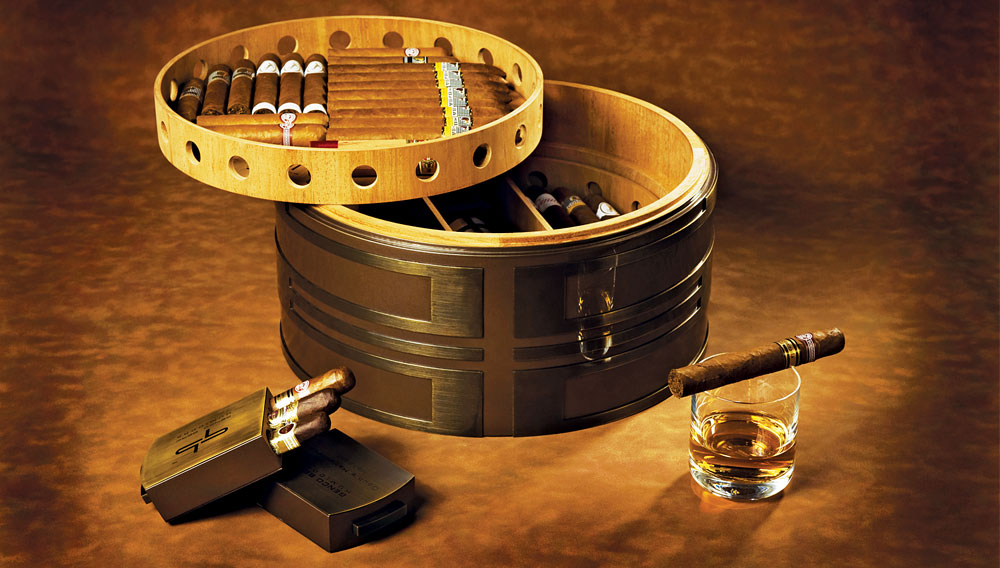 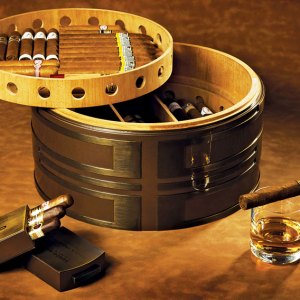 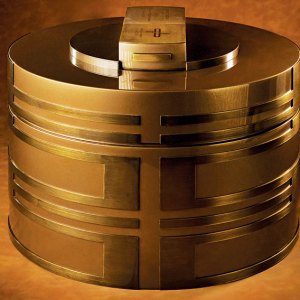 Like his designs for homes and restaurants, Genco Berk’s desktop humidors (www.genco-berk-design.com) appear crisp, clean, and captivating. The interior designer and architect, who was born in Istanbul and now splits his time between Europe and Shanghai, has taken his penchants for unusual textures and features, combined them with his passion for cigars, and created a limited-edition series of three humidors. The model shown here is priced at $28,000 and limited to eight examples. It is called Double Happiness, a reference to its design, which is based on the Chinese character for joy. The humidor can hold 150 to 170 cigars and features a detachable three-cigar case embedded in the lid. Berk’s other humidors are the Sublime ($9,000), which is suspended between two glass sheets to give the illusion that the 200-cigar container is floating on air, and the art-deco-style Robusto Edition No. 2 ($7,000), which can store as many as 250 cigars and features a metallic-blue lacquered exterior.