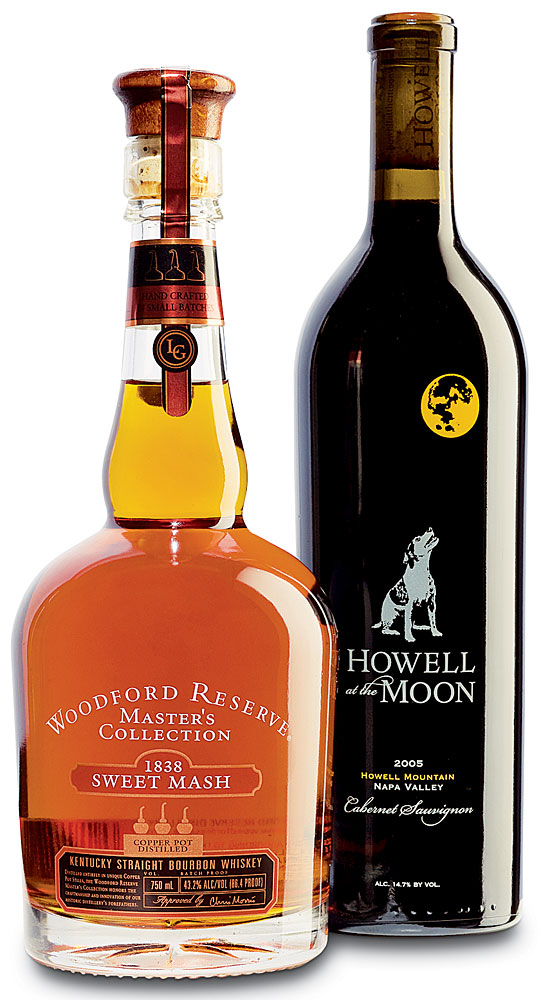 Sports teams have their mascots, but few wines do. One exception is Howell at the Moon, a Napa Cabernet Sauvignon whose name alludes punningly to an activity of Tysie, the Jack Russell terrier on its label. This canine crooner belongs to Marc Cohen, a former physician who, in 1999, retired from his position of 27 years at New York University Medical Center and left the serenity of the Big Apple for a fast-paced life in Angwin, Calif. Cohen had visited the Napa Valley while attending a medical conference in 1982 and had been smitten by the beauty of the Howell Mountain appellation. In 2000 he purchased a 21-acre parcel, complete with a farmhouse into which he and his terrier moved. Despite the latter’s contributions as creative muse and vocal virtuoso, her tenure on the estate was to be short-lived: The local coyotes’ interest in her prompted Cohen to relocate her to his home in New York. However, in her absence, Howell at the Moon Cabernet Sauvignon 2005 sounds its own call of the wild: Brooding, dark, and fragrant, the wine reveals blackberry, blueberry, and raspberry on the nose. Earthy cedar and clove, attar of rose, and mineral precede a long finish of sweet red apple. ($75) www.howellatthemoonwine.com

The recent release of the Woodford Reserve 1838 Sweet Mash revives the abandoned practice of employing 100-percent fresh-yeast fermentation in the making of bourbon. The method creates aromas and flavors not commonly found in today’s bourbon whiskies—characteristics the modern aficionado now has the chance to savor with Woodford Reserve’s limited release of 1,045 cases of 1838 Sweet Mash. The 1838 shows more fruit and robust flavors on the nose, including spiced apples, vanilla, and brown sugar, than most of its sour-mash siblings. On the palate, its bracing frontal attack subsides into lingering layers of maple, berries, caramel, oak, nutmeg, cinnamon, clove, and mint. ($90) www.woodfordreserve.com