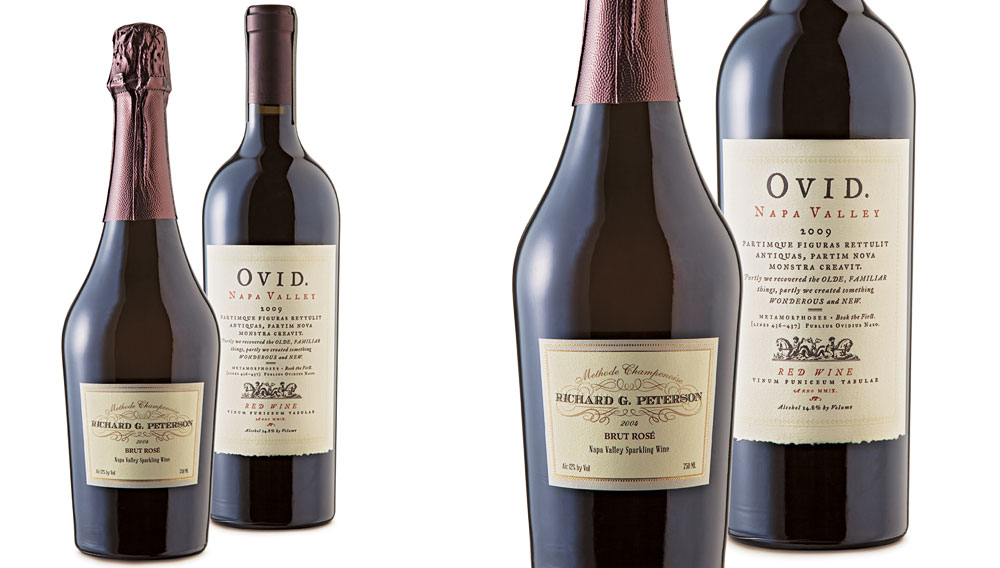 Pedigree, rather than taste, is often the decisive factor in the commercial success of a fine wine. Nowhere perhaps is this more true than in Champagne. No matter how delicate their texture or subtle their flavors, sparkling wines from other regions suffer in the eyes of the untutored for not having been produced in the precincts of Reims or Épernay. Still, one of the most refined examples released recently not only comes from Napa Valley but also bears a unique pedigree. Richard G. Peterson is one of the intrepid individuals who, in the 1960s, proved instrumental in reviving the American wine industry, which had been decimated by Prohibition. A veteran of Atlas Peak Vineyards, Folie à Deux, and Beaulieu Vineyard, where he worked with the renowned André Tchelistcheff, Peterson is the artist behind some of Napa’s most brilliant wines. His latest creation, Richard G. Peterson 2004 Brut Rosé, offers liquid testimony to his mastery of the craft. Its delicate copper color and silky folds of flavor—marzipan, wild strawberry, mandarin orange, fleur de sel, and smoke—recall the complexity of such remarkable achievements as the Dom Pérignon 2000 Rosé and the Krug 1995 Clos d’Ambonnay. ($175) www.amusebouchewine.com/sparkling

“Time, motion, and wine,” the Roman poet Ovid wrote, “cause sleep.” One modern admirer of the author of Metamorphoses, however, might argue the opposite—that wine, at least, or the making of it, usually causes a lack of repose. The classicist Mark Nelson and Dana Johnson, a library-sciences expert, underwent a metamorphosis of their own in 1998, when they sold their company, Ovid Technologies, and bought a 14-acre parcel in the Napa Valley’s Oakville region. With the aid of winemaker and managing partner Janet Pagano, head winemaker Austin Peterson, consulting winemaker Andy Erickson, and vineyard manager David Abreu, they transformed the acreage into the source of several of the region’s most poetic offerings. The Ovid 2009 Napa Valley Red Wine—a blend of Cabernet Sauvignon, Cabernet Franc, Merlot, and Petit Verdot—is as finely constructed and beautifully layered as a couplet of verse, revealing rich, dark fruit restrained by earthy notes of cocoa, graphite, and granite. ($195) www.ovidwine.com