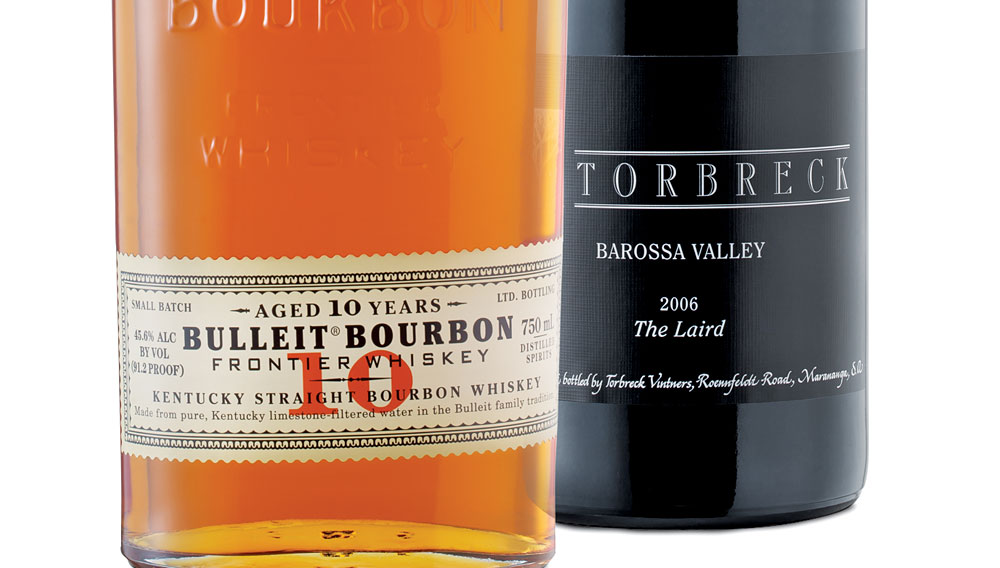 Scottish themes abound in the nomenclature of Torbreck, the celebrated Australian winery founded in 1994 by David Powell, who once plied his hand as a lumberjack in a forest in Scotland of the same name. Having gained valuable experience during his tenure at Rockford Wines in the Barossa Valley, Powell decided to strike out on his own after discovering a small vineyard of ancient vines that went unfarmed. He arrived at an agreement with the owner, whereby he cultivated the property in exchange for the harvest and paid the owner a percentage of the proceeds. The result was the RunRig Shiraz (named for the Highlands clans’ system of dividing their land).  Another robust red stands above this offering in the label’s hierarchy. Sourced from the prestigious Gnadenfrei Vineyard in the Marananga subregion, the Torbreck 2006 The Laird is among Barossa’s rarest and finest wines—the lord, if you will, of Australian Shiraz. From its garnet surface, scents of blackberry, morello cherry, and lemon verbena arise; on the palate, the Laird’s concentrated fruit flavors lie atop deep, complex strata of earthier notes, including tobacco, tea, pumpkin spice, smoked bacon, and anise. ($700) www.torbreck.com

In 1860, while delivering some of his then-famous whiskey from Louisville, Ky., to New Orleans, Augustus Bulleit mysteriously vanished. Though his disappearance has never been explained, one theory is that he encountered a group of thirsty vagrants who disposed of him to acquire his liquid cargo. In 1999, Augustus’s great-great-grandson Tom Bulleit revived the brand. The Diageo-owned distiller’s latest release ages for 10 years in charred American white-oak barrels, rather than the average seven years for the standard bourbon. Bottled at 91.2 proof, Bulleit 10 offers a more pungent nose than its predecessor—one laced with hints of vanilla and dried apricot. On the palate, the bourbon is smooth, revealing flavors of spicy rye, caramel, and toasted oak, as well as delicate cherry on the finish. Over rocks, the Bulleit 10 is captivating, if not precisely worth dying for. ($45) www.bulleitbourbon.com