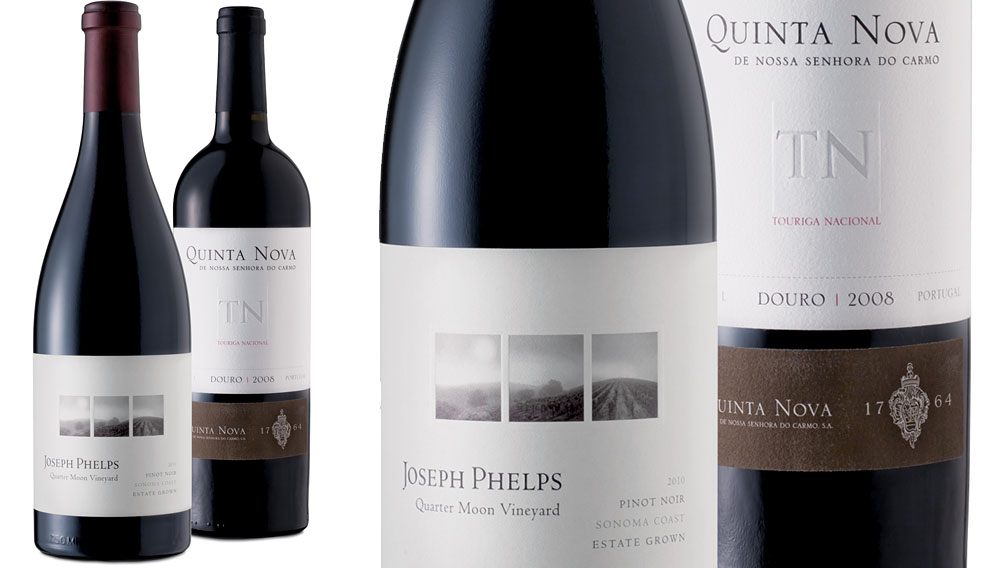 The Amorim family’s fortune had its beginnings among the rambling port lodges that line the hillsides above the Douro River in Porto, but the family did not amass its wealth by making Portugal’s famous fortified wine; rather, its members were engaged in the less glamorous business of manufacturing cork stoppers. Their success, however, later enabled them to diversify their interests into banking, telecommunications, and—with the purchase of Quinta Nova de Nossa Senhora do Carmo—viticulture. At this 18th-century estate in the Douro Valley, the family combines traditional and modern winemaking methods, including crushing grapes by foot in the granite lagares of the original winery (built in 1764) and by machine in the automated lagares at the new facility next door. Admirers of the region should sample Quinta Nova de Nossa Senhora do Carmo 2008 Touriga Nacional TN, an exquisitely dark and deeply perfumed table wine. Redolent of bittersweet chocolate, blackberry, and dried orange peel, this dense red reveals subtle, spicy flavors of ginger, clove, and mesquite smoke. ($75) www.quintanova.com

When Joseph Phelps came to the Napa Valley as a construction executive in the late 1960s to oversee a major project, he did not realize that the venture would ultimately lead to a change in career and, not long afterward, a new chapter in the history of the region. In 1974 he completed construction of his own winery on a former cattle ranch near St. Helena and made his first wines there, which included the first vintage of Insignia. Up until that time, Napa’s reputation had rested primarily on Cabernet Sauvignon, but Insignia’s seductive and refined blend of this signature grape with other Bordeaux varietals revealed a more sophisticated side of California’s terroir. The Phelps family brings this same high style to neighboring Sonoma County with its Freestone Vineyards facility, where the Joseph Phelps 2010 Pinot Noir Quarter Moon Vineyard is produced. Silky in texture, the wine has a bouquet laced with notes of attar of rose, dried cherry, and espresso. The bright acids enliven its complex flavors of fresh cherry, pomegranate, cardamom, cinnamon, and anise. ($75) www.josephphelps.com