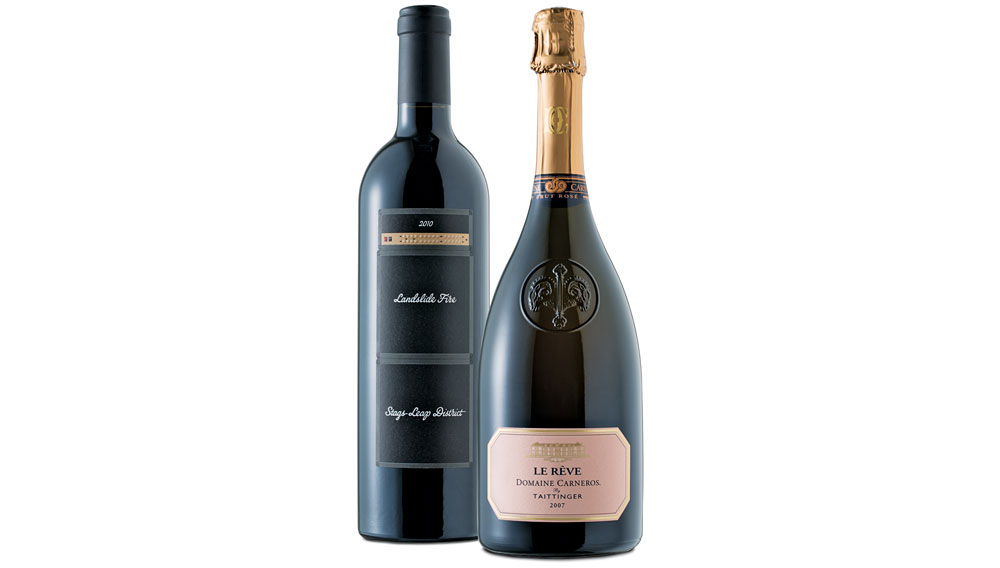 The eponymous owner of Cliff Lede Vineyards in the Stags Leap District of the Napa Valley has an obvious passion for all things cultural. This enthusiasm manifests itself in every aspect of the property: The tasting room, with its California Craftsman–style design, quietly evokes the region’s past, for example, while in the winery, sleek postmodern architecture and state-of-the-art, custom-designed conical tanks epitomize the present and future. Works of modern art from Lede’s collection adorn this minimalist space, and an intimate on-site gallery, the Backstage, houses regular revolving exhibits of works by contemporary artists. Music, too, plays a part in the Cliff Lede experience—though not perhaps in the manner one might expect. The vineyards on the estate’s 60 acres are divided into blocks, each of which is named for one of Lede’s favorite rock songs. Each year, the winery combines two of these lots to create a distinctive “Rock Block” blend. For 2010, the winemaker Chris Tynan combined fruit from the Landslide and Light My Fire blocks to produce Cliff Lede 2010 Landslide Fire Cabernet Sauvignon Stags Leap District, an exuberant blend of Cabernet Sauvignon, Merlot, Cabernet Franc, and Malbec. As dense as it is black in color, this powerhouse seduces the nose with scents of concentrated blueberry, rose petal, and vanilla, before blasting the palate with pulse-quickening chords of blackberry, dark chocolate, and anise. ($95) www.cliffledevineyards.com

Like its sweeping 18th-century-style château, which is inspired by Château de la Marquetterie in the Champagne region of France, Domaine Carneros seeks to integrate the terroir of the lower Napa Valley with the French sensibilities and savoir faire of the Taittinger family, who established the unique property in 1987. The vision of Claude Taittinger, the founder, was to produce uniquely Californian sparkling wines using the French méthode champenoise. Emphasis was initially placed on Chardonnay: The estate’s premier wine, the much-lauded Le Rêve Blanc de Blancs, comprises only white grapes. But one of the most astonishing achievements of Eileen Crane, Domaine Carneros’s CEO and winemaker, is its sister wine, which contains roughly 50 percent Pinot Noir. Domaine Carneros by Taittinger Le Rêve 2007 Rosé, only the fifth vintage to be produced, has a delicate, pale-copper color that belies the intensity of its bouquet and palate of ripe peach, apricot, white strawberry, and marmalade essences. ($110) www.domainecarneros.com