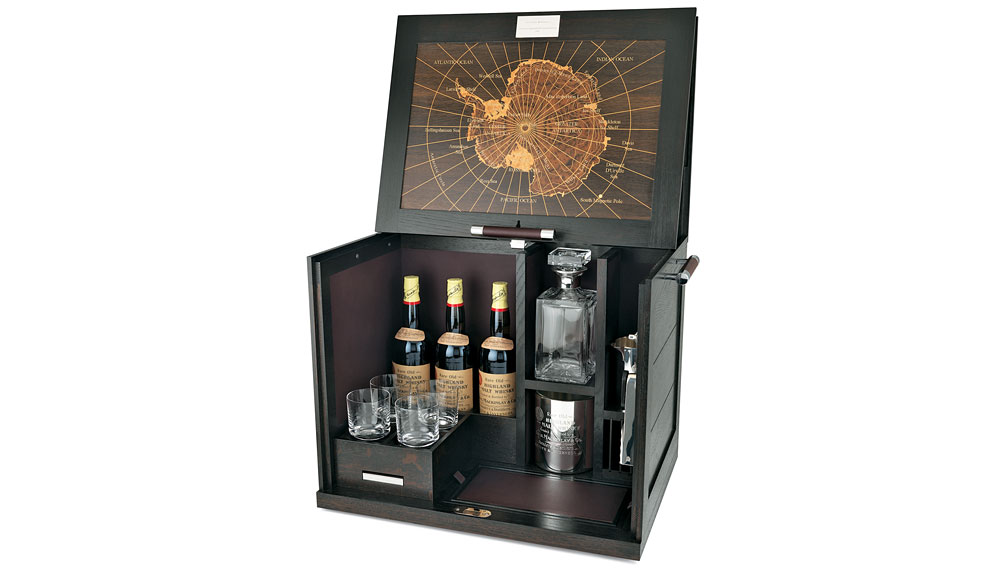 Three bottles of the recently released Mackinlay’s Rare Old Highland Malt Whisky 1907 are included in the Alfred Dunhill Antarctic Whisky Cabinet (www.dunhill.com). The Mackinlay has the flavor and nose of whisky from a cache that Ernest Shackleton abandoned during his Antarctic exploration in 1909. After Shackleton’s three lost crates of Mackinlay were discovered under a layer of permafrost near the South Pole in 2001, the Scottish distillery Whyte & Mackay analyzed and replicated the whisky for its 2011 release. The $51,000 Dunhill cabinet is portable (though it weighs nearly 50 pounds) and equipped with all the accoutrements for serving the spirit: a crystal-glass decanter, four drinking glasses, a sterling-silver water carafe, and an ice bucket. Also included is a rare first-edition copy of The Heart of the Antarctic, which chronicles Shackleton’s expedition.