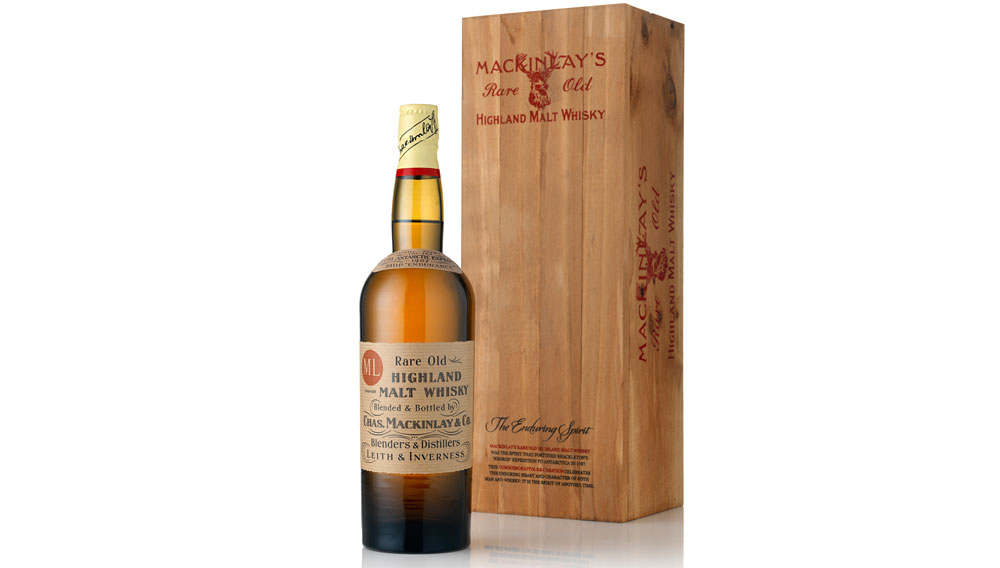 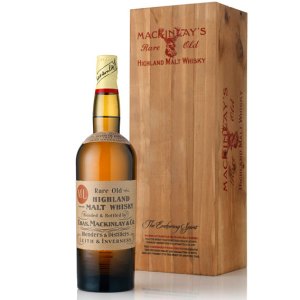 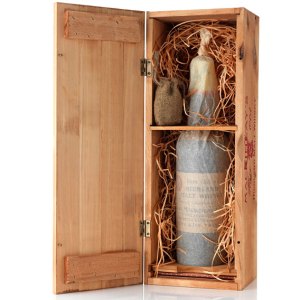 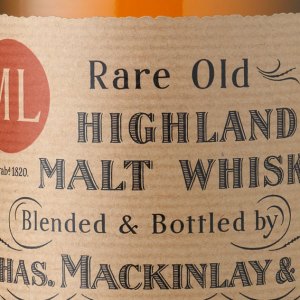 Those who favor ice in their Scotch will no doubt find a kinship with this replicated bottle of Mackinlay’s Rare Old Highland Malt Whisky, the spirit Irish explorer Sir Ernest Shackleton selected to help fortify his now-famous 1907–1909 British Antarctic Expedition. Shackleton traveled to within 97 miles of the South Pole, the farthest south anyone had ventured at that time. Before Shackleton and his haggard crew set sail for home aboard their ship, the Nimrod, three cases of the blended Scotch whisky were left behind, buried in the snow beneath the expedition’s hut.

One hundred years later, on a commemorative trek retracing Shackleton’s original journey, the New Zealand Antarctic Heritage Trust discovered these wooden cases, with many of the bottles still intact. Three of these bottles were eventually flown to Scotland, where Whyte & Mackay, who now owned the no-longer-produced Mackinlay’s brand, enlisted the skills of their master blender Richard Paterson to duplicate this historic malt whisky. Using rare old stocks from the cellars of Dalmore and other Highland and Islay distilleries, and being guided by a precious sample of the original spirit he had withdrawn from one of the bottles with a syringe, Paterson was able to duplicate Shackleton’s Scotch.

With a straw-gold color and a medium strength fortified by its original 94.6 proof, gentle smoke, toffee, candied fruit, and pine nuts abound. In this limited edition of 50,000 bottles, each is individually packed in a replica of the whisky’s 1907 wooden crate, and priced at $175 apiece, of which the U.S. dollar equivalent of 5 pounds will be donated to the New Zealand Antarctic Heritage Trust for every bottle sold. It is a fitting way to pay tribute to an adventurous explorer who certainly knew the warming qualities of a well-crafted Scotch. (305.981.8865, www.enduringspirit.com)