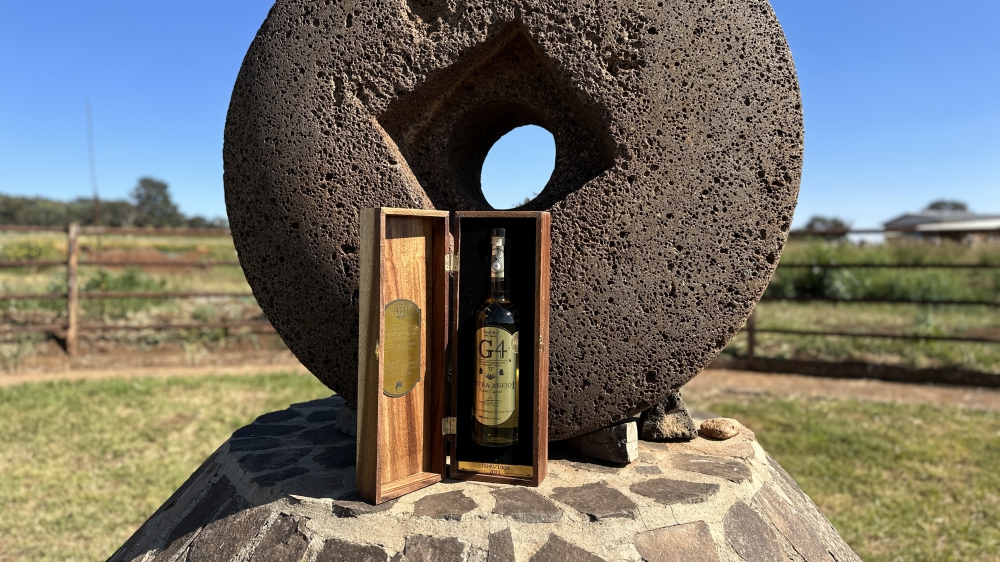 The saying goes that opposites attract, but sometimes likeminded things are also drawn together. Such is the case with the new limited-edition extra anejo tequila from G4, which was aged in barrels that once held George Dickel Tennessee whiskey.

G4 is a well regarded premium tequila brand created by master distiller Felipe Camarena. Tequila fans are likely familiar with his name, as he is part of a family that has been making agave spirits for generations (other Camarena family brands include Ocho, Tapatio and the eponymous Camarena). Camarena and his team produce G4 (which stands for four generations of tequila making) at the El Pandillo distillery using a converted steamroller to crush the agave pinas, baking them in stone ovens that he designed, and using equal parts rainwater and well water for distillation. No additives of any sort are used in the tequila, which is a source of pride for the brand.

For a long time George Dickel was that other Tennessee whiskey that isn’t Jack Daniel’s, but in recent years head distiller and GM Nicole Austin has elevated the brand to new heights with the release of Dickel Bourbon, various bottled-in-bond expressions, and some new rye whiskeys. The connection here is that this new G4 6-Year Extra Añejo was fully matured in Dickel whiskey barrels at El Pandillo, as is all aged G4 tequila. According to a representative for the brand, maturation takes place underneath the distillery in a cool, damp climate with little air flow, which is basically the opposite of a rickhouse in Kentucky. The rep told Robb Report that Camarena is partial to older, lightly charred Dickel barrels. This is because, along with the maturation environment, the result is a less profound effect on the tequila as it ages, and even after six years the palate is not dominated by oak.

The new 6-Year Extra Anejo is bottled at barrel strength of 86 proof. Each bottle comes in a Brazilian Parota wood box detailed with Camarena’s signature. Official tasting notes detail a floral and fruity palate, with some spice, leather, tobacco and citrus followed by notes of vanilla, nutmeg and pepper.

G4 Tequila 6-Year Añejo is available in very limited numbers—only 1,000 bottles are available, each with a price tag of $499.99. But, given G4’s reputation, this seems like one new ultra-premium tequila that even the purists can get behind.