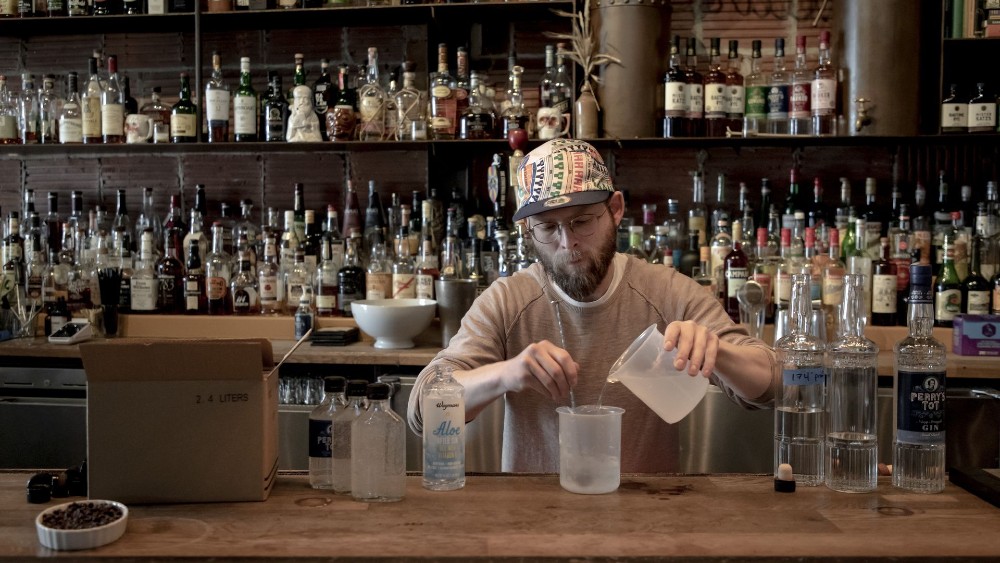 As the distiller behind Los Angeles’ Amass, Morgan McLachlan spent the first couple months of 2020 on the road visiting many of her major markets, from London and Paris to San Francisco. She also happens to be pregnant—which, she says, made her feel “more vulnerable when traveling, and so maybe more aware of the coronavirus situation earlier on.” More than a month ago, McLachlan started making batches of 70-percent-alcohol-based hand sanitizer for herself, friends and family, based on her knowledge of chemical formulations and a personal interest in botanicals and historic remedies. Then word got out. “We made a small batch available online, just to see if people might want it, and it sold out immediately,” she notes. Now, the Amass team has ramped up production of the sanitizers, which started shipping out to customers in late March.

Stories like this are popping up all across the country, as distillers big and small are pivoting to creating a product that’s currently much in-demand—and much needed. “The nation’s distilled spirits industry is mobilizing to aid our communities, hospitals and first responders during this time of crisis,” says Chris Swonger, President and CEO of the Distilled Spirits Council of the United States (DISCUS). “This is not only the right thing to do for their communities, but it also allows some of these craft distilleries to keep their stills going, maintain their employees and stay afloat during this crisis.” To help, DISCUS recently launched an online portal to connect distillers who are producing hand sanitizer with suppliers and distributors, and the organization has also worked to overcome regulatory hurdles and streamline FDA and WHO guidelines for these small businesses.

The ways in which distillers are contributing to this movement differs. Some companies are producing the needed ethanol and providing them to other entities to make the sanitizers, while others are crafting the personal care products themselves; some are offering their hand sanitizers for sale to the public, while others are donating batches to area businesses and medical institutions. Many big companies are getting in on the movement; Bacardi, for example, has announced that eight of its owned manufacturing sites around the world will start producing sanitizer (an estimated total of 1.1 million liters) for first responders, employees and contractors, while The Sazerac Company—the largest producer of distilled spirits in North America—has enlisted its distilleries across the US to start making an estimated total of five million bottles of the cleanser to meet the needs of such industries as healthcare, military, retail and aviation.

But it’s the smaller distilleries—which have direct ties to their communities, and which are being impacted financially themselves—that are truly stepping up in this time of need. From California to Maine, here are eight domestic distilleries helping to lift spirits in a new way.