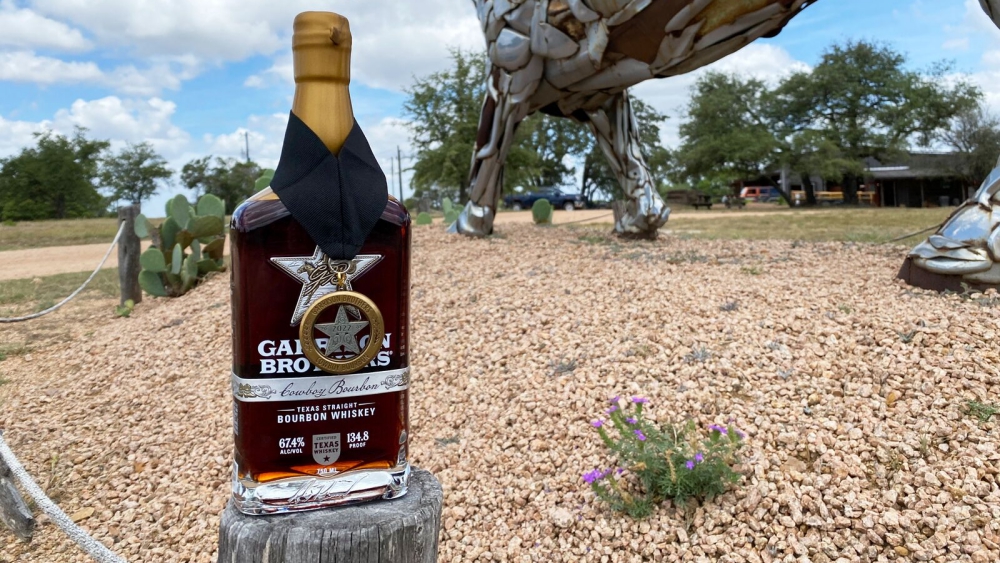 Garrison Brothers’ new Cowboy Bourbon is a high-proof beast, but this is definitely a part of Texas that you should consider messing with. The 2022 edition clocks in at 134.8 proof, a big, bold, brash bourbon for cowboys, cowgirls and everyone in between.

Garrison Brothers, Texas’ first legal whiskey distillery, is located in the town of Hye just a little over an hour west of Austin in the Hill Country. The distillery’s bourbon was first bottled over a decade ago in 2010, and has been winning over whiskey fans since then. Cowboy Bourbon is an annual release, and what sets it apart from Garrison Brothers’ other bourbon expressions is that it’s older and is bottled uncut and unfiltered—hence, the very high proof. That proof is also the result of the intense Texas heat that the whiskey is subjected to as it ages, so the angel’s share is quite high over the years. The liquid was matured in a combination of barrels sizes (15 to 30-gallon, the makeup differs each year) for eight to nine years, each adding different flavors to the final blend.

Cowboy Bourbon is a wheated bourbon, a term you might be familiar with from brands like Pappy Van Winkle, meaning that wheat is the flavoring grain in the mash bill instead of rye. This is the eighth release of this barrel-proof expression, and master distiller Donnis Todd has put together an intriguing list of tasting notes: “Newly tanned leather, monkey bread aroma, spring jasmine, dark cacao chocolate, syrupy Dublin Dr. Pepper, brown sugar and blackstrap molasses with a chocolate bark finish reminiscent of Rocky Mountain Chocolate Factory.” If you have tried at least half of those things, you know what to expect.

This year, as always, this pricy bottle (SRP $249.99) is expected to be a popular one. The first 1,000 bottles were made available to bourbon fans who traveled to the distillery on September 24th and did indeed sell out, but the remaining 8,600 were just made available for purchase in 42 states.