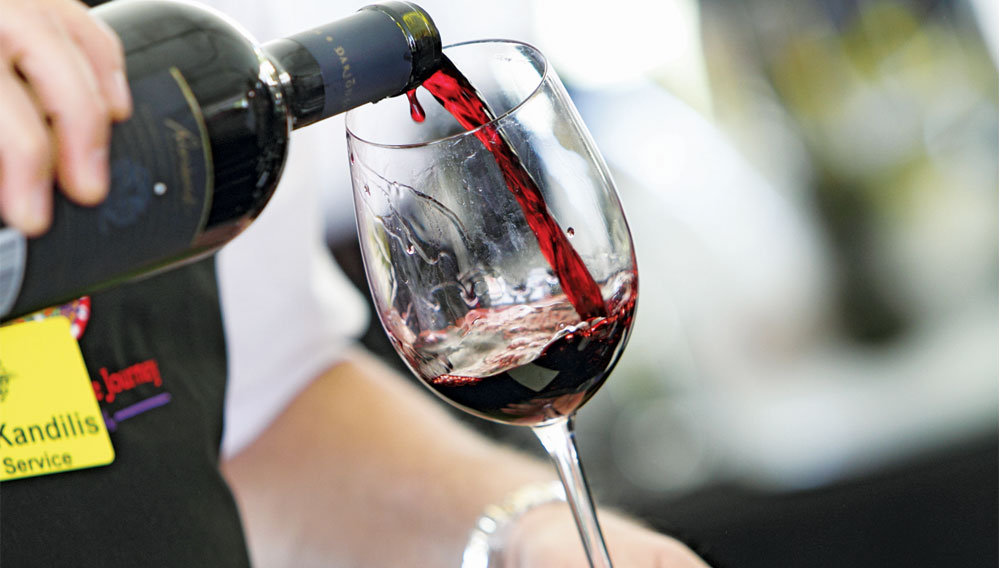 Oenophiles flock to Florida for the nation’s most exclusive wine auction.

When a marching band assembles on the otherwise serenely verdant lawns of the Ritz-Carlton Golf Resort in Naples, Fla., locals and staff brace themselves for a wave of invading oenophiles prepared to abandon themselves to the unrestrained consumption and purchase of rare wines. This gathering is not a subtle one, but for devotees of fermented grape juice—as well as the cuisine of internationally renowned chefs—the Naples Winter Wine Festival is a food-and-wine Brigadoon.

The upcoming festival, running from January 23 through 25, will mark the 15th anniversary of the event, which has raised more than $123 million for local children’s charities since its inception in 2001. “It’s truly an amazing event,” says Prince Robert of Luxembourg, the proprietor of Château Haut-Brion and a former festival honoree. “I’m not aware of anything else quite like it.”

The festival’s considerable success as a fund-raiser is attributable in part to its format and careful organization. Attendees first join for the Meet the Kids reception, where they visit with the children whom their generosity will benefit. They then don their evening wear for the extremely popular Friday-night vintner dinners, which welcome guests into some of the city’s most exquisite private residences to enjoy multicourse menus by such award-winning chefs as Tom Colicchio and Barbara Lynch and the wines of such world-renowned vintners as Marchese Piero Antinori and Olivier Krug. These glittering soirees, however, merely serve as precursors to the main event, the Saturday-afternoon auction, where bidders raise their paddles on an elaborate series of lots that range from verticals of the world’s most sought-after wines to rare automobiles. The Sunday brunch that follows this charitable bacchanal is often a somewhat bleary-eyed affair: The wine, after all, flows freely throughout the weekend.

Last year, the auction generated more than $13.3 million in three hours. “The bidders that come under the tent have the means to travel anywhere, to buy any art they desire, to buy any automobile they want,” says one of this year’s cochairs, Chuck Hallberg. “What attracts them and what causes them to come and bid on our items is the uniqueness that we endeavor to build into each and every lot.”

This year’s catalogue includes a 10-day trip through Florence, Venice, and Istanbul designed around the novel Inferno by Dan Brown, whom the travelers might encounter along the way; an invitation to the Royal Ascot and Order of the Garter procession with Queen Elizabeth and members of the British royal family; a weekend in Gettysburg, Penn., with the filmmaker Ken Burns; dinner at Château Margaux with its wine director, Paul Pontallier; and a 2015 Lamborghini Huracán LP 610-4 painted a custom blu caelum metallic.

Tickets start at $8,500 per couple for the festival; a special $20,000 package includes reserved seating for a party of four at the same vintner dinner and at the auction. Still, those interested in attending should plan well ahead. When Hallberg and his wife, Sharon, first moved to Naples in 2008, they were turned away. “When we finally got in [in 2009],” he says, “we were completely blown away. I’m talking off-the-scale phenomenal.”

“The wine festival,” says Judge Judy Sheindlin, a Naples resident, “is one of the few places where you can do good, feel good about doing good, and have a great time—all in one unique afternoon.”

How to Make a Paloma, the Simple, Endlessly Refreshing Tequila Cocktail