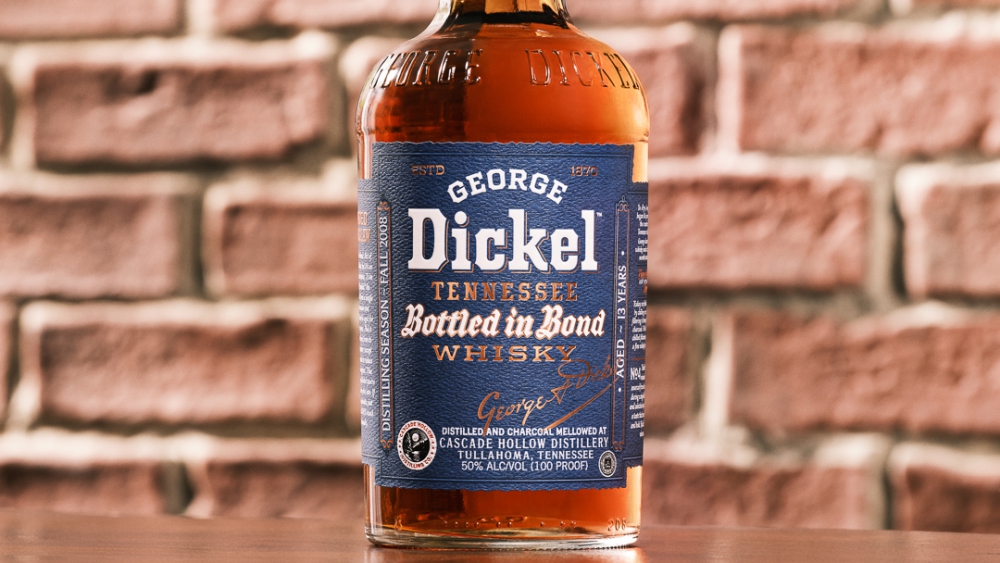 Nicole Austin, general manager and distiller at Tennessee’s Cascade Hollow Distilling Co., has been on something of a winning streak over the past few years with some fantastic new whiskey releases. And that shows no sign of slowing down with the fourth release in the George Dickel Bottled in Bond series, another excellent vintage Tennessee whisky (Dickel spells it like the Scots do) that doesn’t care whether or not your consider it to be bourbon.

You see, there’s an argument to be made that Tennessee whiskey is actually bourbon because it meets all of the legal requirements, although it undergoes one extra step called the Lincoln County Process. This means that the new make spirit is filtered through sugar maple charcoal before barreling to “mellow” the flavor, as a little distillery called Jack Daniel’s likes to put it. Some people argue passionately about this, while most of us really don’t care. More importantly, however, this is a bottled-in-bond whiskey, which has some guidelines—it’s 100 proof, aged for a minimum of four years in a federally bonded warehouse, and the product of one distillery and one distilling season. In this case, the whiskey is aged for 13 years, and it’s a fall 2008 vintage produced at Cascade Hollow from a mash bill of 84 percent corn, 8 percent rye and 8 percent malted barley.

This new Dickel release is actually the second fall 2008 vintage—the first was an 11-year-old whiskey that came out in 2020, so this is from the same barrels but aged for two more years. According to the brand, Austin selects barrels for each BIB release by doing a blind tasting, and once again this whiskey put into casks right around the time that Barack Obama first won the election spoke to her. “Since its first inception, I’ve been proud to work on the George Dickel Bottled in Bond Series as it’s a lineup defined by credibility and transparency,” she said in a statement. “While each new release has had their subtle differences, they’ve overall shared the same hallmark traits as well as consistently offered whisky drinkers a quality Bottled in Bond option at an approachable price point.” That last point is very true, as the whiskey has an SRP of $44.99, which is quite a bargain for a bottle (of, ahem, bourbon…) this old.

Of course, Dickel isn’t the only whiskey brand that has fully embraced the BIB trend, a designation that once upon a time was actually created to ensure that the liquid you were drinking was actually whiskey and not turpentine or spittoon juice. Craft distilleries like Kings County in Brooklyn, Laws in Colorado and Watershed in Ohio all have bottled-in-bond whiskeys now, and for small operations it’s a step forward because it means they actually have whiskey aged for at least four years in stock. But for Dickel this release seems like both a throwback to a whiskey milestone, and a chance for Nicole Austin to just pick some really excellent barrels for something other than the core lineup.