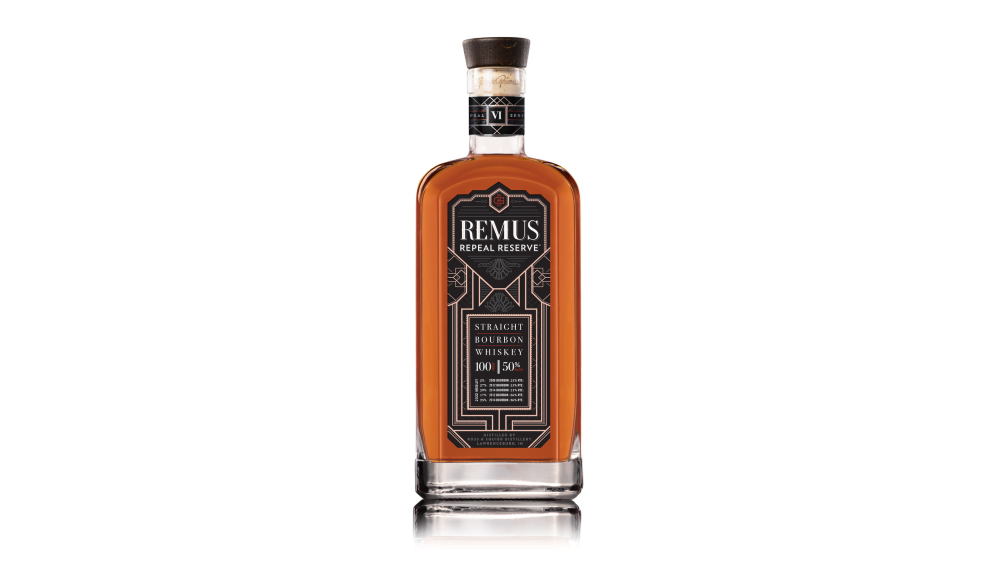 Prohibition is full of folk heroes for the whiskey world to celebrate—the bootleggers and rumrunners who wouldn’t let America’s Noble Experiment keep the people from their hooch. Remus Repeal Reserve VI from the Ross & Squibb Distillery (part of MGP) is the sixth release of this excellent bourbon named after a man who was instrumental in making sure the whiskey continued to flow.

Given the propensity for violence that some of these individuals had, it’s probably best to vet your Prohibition icons. And it’s worth noting that Remus shot and killed his second wife, Imogen Holmes, after she filed for divorce. It’s also true that she had an affair with an undercover Prohibition agent while Remus was in prison, and the two of them cheated him out of the proceeds of his illegal empire and hired a hitman to kill him (the hitman instead ratted them out to Remus). So, yeah, it’s complicated. Remus was in prison after being arrested for more than 3,000 violations of the Volstead Act, and this German immigrant lawyer turned bootlegger figured out how to hawk his liquor under the guise of it being used for medicinal purposes, a loophole in the laws of the time. The historical details are juicy, but the actual bourbon is worth considering as well.

“The Remus Repeal Reserve series provides our team the opportunity to showcase the incredible array of aged reserves available to work with, as well as our expertise at blending these bourbons to create a special medley each year,” said Stirsman in a statement. “Series VI is the latest in this award-winning collection that is certain to be yet another excellent example of what our Remus Repeal collection represents: what great bourbon can be.” Tasting notes include candied fruit, fig jam, toffee and a bit of leather on the palate.

Remus Repeal Reserve VI will be available starting this September, and should be a good way to kick off this year’s National Bourbon Heritage Month for those who celebrate.