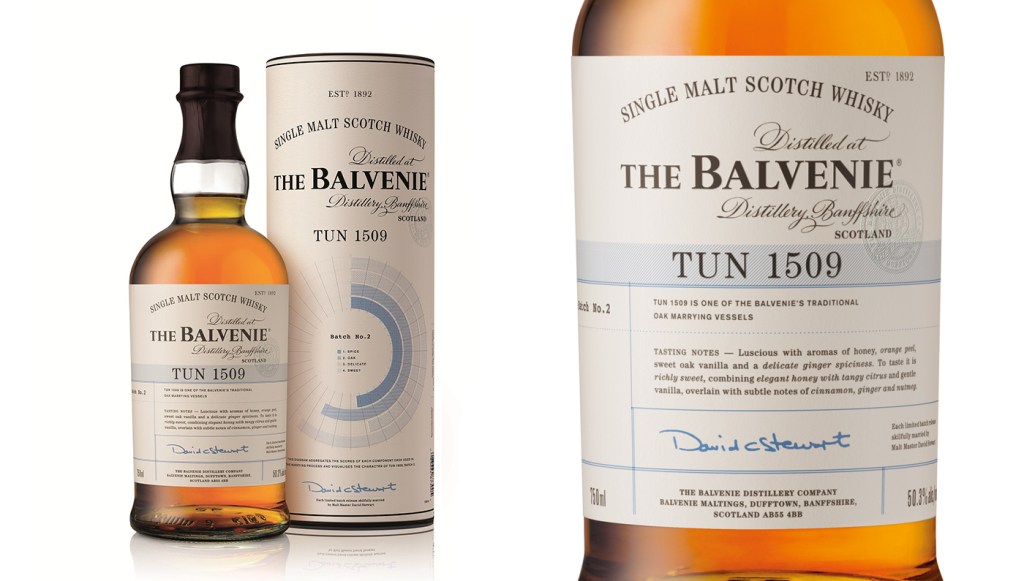 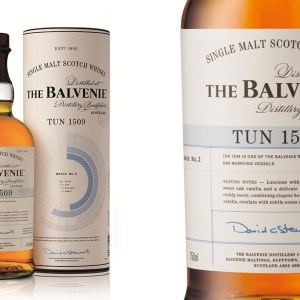 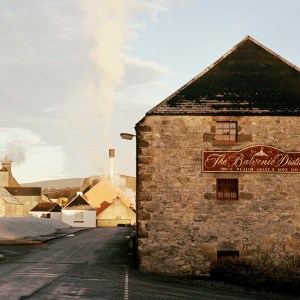 Just inside the door of The Balvenie’s Warehouse 24, which was once the basement of the house that distillery founder William Grant built in 1892, sits Tun 1509, a huge wooden holding tank where various aged single malts are held for a few months longer before bottling, in order to “marry,” or integrate, their flavors.

David Stewart, the Scotch whisky industry’s longest reigning malt master, has long known of Tun 1509’s extraordinary ability to gently but dramatically influence this marrying process. Thus, in 2014, he released the first bottling of whiskies that had married in Tun 1509. With its distinctive cedar and peach aromas, Batch 1 quickly sold out.

Now, Batch 2 of The Balvenie Tun 1509 ($350) has been bottled, representing Stewart’s selection of 32 of the distillery’s finest casks—specifically, 23 ex-bourbon barrels and 9 European ex-sherry barrels. Just 8,500 bottles were produced. A heady 100.6 proof and nonchill filtered, Batch 2 is nonetheless slightly more delicate than Batch 1.

“This new batch from Tun 1509 offers a distinctly different taste from Batch 1 because I selected slightly more European oak sherry casks,” Stewart explains, “which brings out subtle and delicate notes of cinnamon, ginger, and nutmeg alongside the richly sweet oak and vanilla notes that come from the American oak casks.” (thebalvenie.com)