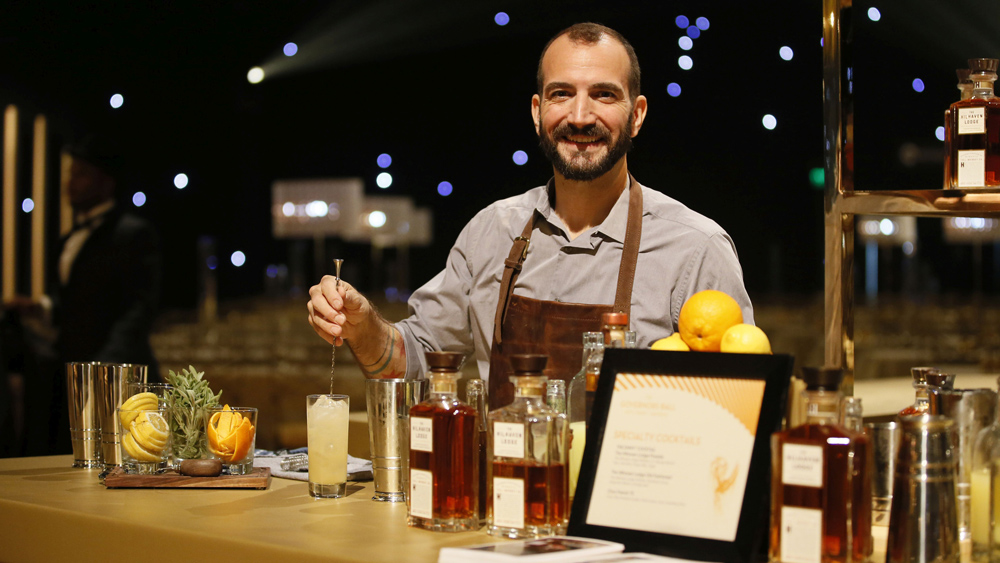 Charles Joly is a master of the art of mixology and is the driving force behind some of the world’s most celebrated bars. There is nary a major industry award the affable Chicago native hasn’t won. His list of accolades includes a James Beard Award for his cocktail program at The Aviary in his hometown, a Tales of the Cocktail Spirited Award, and the title of Global Bartending Champion at the 2014 World Class competition, where he bested bartenders from more than 50 countries to become the first American to hold the title.

The 41-year-old Joly won’t be taking home any trophies this weekend, but he will be front and center at the 69th Emmys, as creator of the official cocktail of the award show’s after-party.

You’ve created cocktails for the after-parties for the Oscars and the Emmys. How did you become the go-to drinks guy for Hollywood’s biggest awards shows?

After winning the World Class Global Bartending competition in 2014, I made lots of friends at Diageo, the spirits sponsor for the competition as well as the awards shows. I work on the creative side—coming up with the drinks—as well as serving the guests along with a team called Liquid Productions.

Any wild celebrity encounters while working an award show after-party?

I’m a bartender. We don’t kiss and tell.

Do you feel added pressure to deliver at these high-profile events?

These are the biggest parties of the year—certainly not the time to phone it in. I create a variety of cocktails, and we do a tasting with the governors that oversee the events months before the big shows. The challenge is creating cocktails that are truly special for these events while making sure they are approachable enough for a wide array of palates, and can be realistically served by the thousands.

You’re doing a cocktail for this year’s Emmys party called the Fireside, made with the Hilhaven Lodge, a whiskey owned by producer/director Brett Ratner. What do you make of all these celebrities getting into the spirits business?

The Hilhaven Lodge is a great story; it’s about a Beverly Hills home that’s been around since the 1920s and has hosted legendary parties. Brett, the current owner, wanted a whiskey to reflect the history and character of the home. I can’t really speak to other celebrity brands. In many cases, it’s hard to tell if they’re simply an endorsement, an actual passion project, or what. 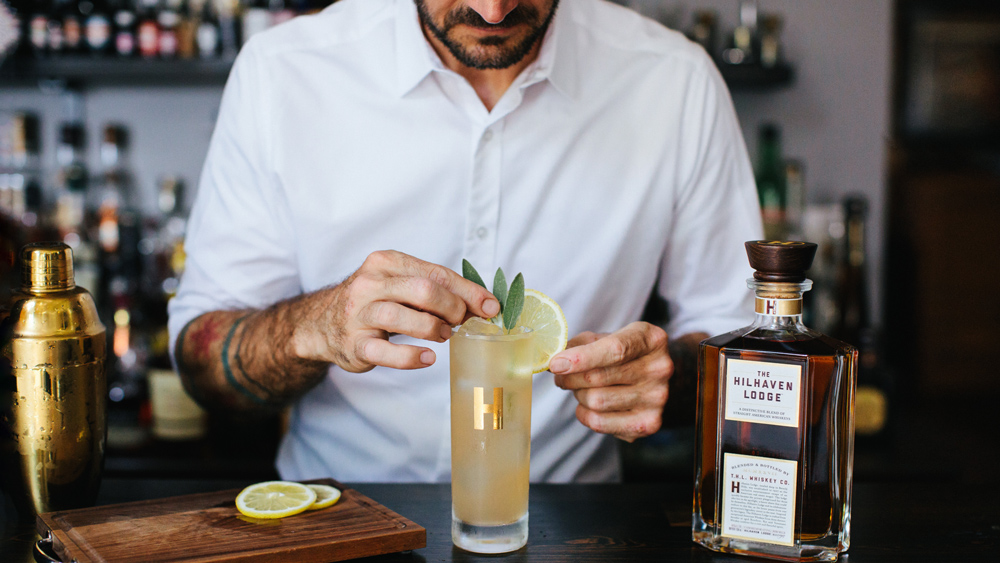 So let’s say we want to whip up the official Emmy Awards cocktail this weekend . . .

It’s called the Hilhaven Fireside, and I considered several elements while designing it. Seasonality is a key element. We’re bridging late summer and fall. The spiced pear liqueur, absinthe, and ginger all feel appropriate to me. The drink is still long and refreshing, as we’ll be in Los Angeles. And I also took cues from the event coordinators—what the room will look like, what the chefs are serving, even the music that’ll be played. It all factored into the design of the drink. Here’s the recipe and prep:

Shake all ingredients gently with ice, and pour into a Collins glass. Add a splash of quality ginger beer. Garnish with fresh sage and lemon. We’ll be serving ours with gold straws that reflect the gilded art installation in the room.

For folks looking for a more spirit-forward cocktail, we’ll also be doing a very classic version of the iconic Old-Fashioned. There are only three ingredients, so it’s easy to make at home:

Stir in a mixing glass over ice or build directly in an Old-Fashioned glass. Serve over a large cube. Cut a strip of orange peel, mist the drink with oils, and place the twist decoratively.