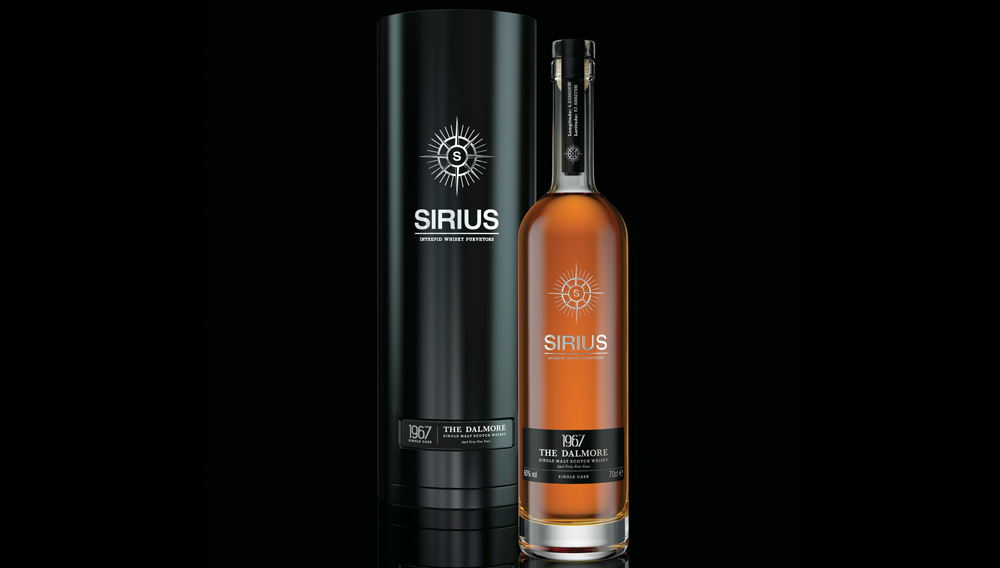 In 2011, the whiskey collector Mahesh Patel (see “Cask Masters”) bottled a barrel of 1966 Glenfarclas and one of 1989 Glenfarclas from his personal cache to coincide with the launch of his Universal Whisky Experience, an annual multiday event in Las Vegas for fans of the spirit. The whiskies were well received at the Experience, inspiring Patel to establish his own independent label, Sirius Intrepid Whisky Purveyors, which began operating about two and half years ago. The brand’s name refers to Patel’s expeditions to distillery warehouses on three different continents. “I wanted to come out with a high-end brand that reflected me and my lifestyle and my journey around the whiskey world,” he says. “That’s what it is: It’s a reflection of my travels to find these hidden gems in those warehouses.”

While each whisky in the current Sirius collection is exceptionally aged and rare, the 1967 Dalmore (bottled in 2012) is noteworthy for the way in which it was matured. Before it was bottled, the single malt spent 44 years in a Caribbean-rum cask. “In those days,” Patel says, “cask management was very fluky. A cask was viewed purely as a vessel to age whisky.” Today, distilleries typically use sherry or bourbon casks for aging. If they use a rum cask, they use it for finishing instead. The Dalmore is priced around $23,000 and sold through the Whisky Shop (whiskyshop.com).

The Dalmore also has an unusually high alcohol content of 60 percent. Nevertheless, it is smooth and slightly sweet, which Patel attributes to the decades of maturation in a rum cask. “You would think that it would deliver a serious burn, but it’s really mellow,” he says. “It’s a serious cask strength, but it still has the DNA of a Dalmore whisky from the 1950s and ’60s—a dark marmalade backbone with deep fruity and dark-chocolate characteristics.”

Sirius produced only 89 bottles of the 1967 Dalmore, and when Robb Report went to press, the brand had sold more than half of them. Other current offerings are a 1966 Fettercairn single malt, a 1962 North British single grain, and a 1965 Carsebridge single grain. The inventories of those whiskies are also depleting, but new releases are on the way. Patel has about 30 casks of rare whiskeys in various distillery warehouses throughout the United Kingdom, the United States, and Japan that he will bottle and sell through Sirius in the coming years. “I have a nice treasure trove of very unique whiskeys from iconic distilleries that are maturing in their original warehouses,” says Patel. “Some of them are whiskeys that have never been seen before, including a few rare casks from lost distilleries. They will be very rare bottles for collectors to have.”