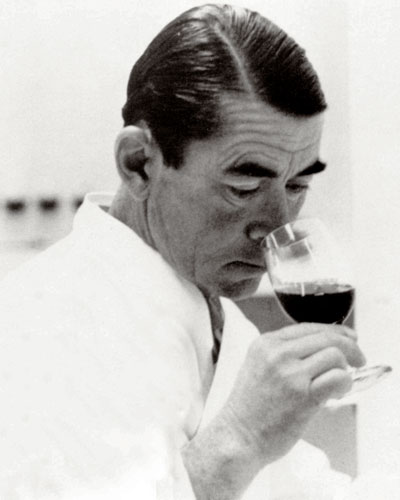 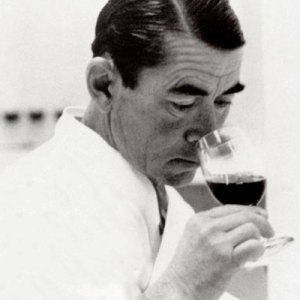 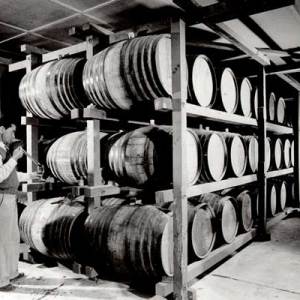 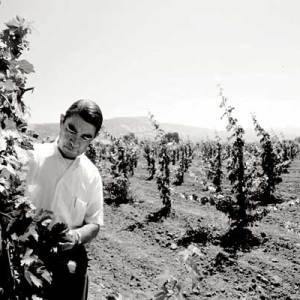 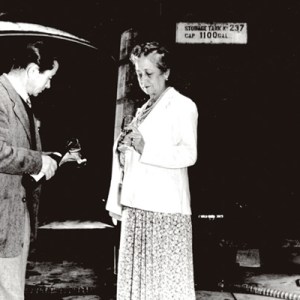 On June 7, 1976,  a Time magazine story announced to the world the shocking results of the now-famous Paris Tasting: Two California wines had, according to a panel of France’s most glorified oenophiles, bested their French counterparts in the head-on blind competition. As it turned out, the winning vintages had more than California in common. Miljenko Grgich, whose 1973 Chateau Montelena Chardonnay topped four white Burgundies, and Warren Winiarski, whose Stag’s Leap Wine Cellars 1972 Cabernet took home best-red honors, both attributed their success to a higher power: André Tchelistcheff.

At the time, Tchelistcheff had already achieved renown for the Pinots and Cabernets he had crafted for Beaulieu Vineyard over the course of his nearly four decades at the winery. But the 1976 tasting made it clear that Tchelistcheff, the Russian Leprechaun, the man who had mentored, among others, Grgich and Winiarski, had only begun to leave his imprint on the wine world.

Born in Moscow in 1901, Tchelistcheff studied winemaking in Paris, where he lived after fleeing his homeland in the 1920s. In France, he met BV owner Georges de Latour, who convinced him to move to California and work for the Napa winery in 1938. Tchelistcheff remained at BV until 1973, during which span he crafted some of the world’s finest wines and laid the foundation for Napa’s elevated modern-day standing. “He virtually defined Napa Valley Cabernet Sauvignon while he was at Beaulieu Vineyard,” says Winiarski, who hired Tchelistcheff as a consultant to help launch Stag’s Leap Wine Cellars in 1972.

If Tchelistcheff, who died in 1994 at the age of 92, had created only Beaulieu’s Georges de Latour Private Reserve Cabernet, his legacy would be secure. I have had the opportunity, most recently in honor of BV’s centennial in 2000, to taste several of the BV Reserves Tchelistcheff produced. It is an extraordinary bit of vinous archaeology to discover that, say, the 1941 shows soft plum and black currant fruit; that the 1951 is charged with currant, cassis, and anise fruit; that the 1968 is a complex beauty with graham (oak) and black currants; and that one of his last wines, the 1970 (frosts sliced this harvest to one-third of its normal output that year), is still in its youth, with vibrant green olive and cassis that are oily and rich and linger in the mouth.

The first time I ever purchased an entire case of wine, I bought two cases of the 1968 BV Reserve. The year was 1972, and the wine, at $5.25 a bottle, was quite expensive for the time. I figured that I would sell one case to pay for the other—until I began to drink the wine. I stretched those two cases over a period of 20 years, and the ’68 seemed to become better with every tasting, each time yielding some new nuance of flavor and character.

Like his wines, Tchelistcheff’s influence on other winemakers continues to yield unexpected and exceptional results. His stamp extends from the soft and alluring Cabernets of the Simi and Jordan wineries in Sonoma County to the equally enchanting Washington Merlots from Chateau Ste. Michelle and its offshoot, Columbia Crest, and the wonderful Pinot Noirs of Oregon, which he championed while consulting for Knudsen-Erath (now Erath).

Miljenko Grgich, who worked at BV for nine years and now runs Grgich Hills, credits Tchelistcheff with introducing a new sensibility to Northern California vintners. “André brought the French influence to the Napa Valley,” says the winemaker, whose rich, buttery 1973 Chardonnay remained worthy for more than a decade after its victory in Paris. “It was he who put the accent on the art of winemaking. He knew that science wasn’t everything. It took me a while to learn that lesson fully, but it was well worth the learning.”

Tchelistcheff was also a champion for winemakers and their creations. I remember flying my small plane to Washington in 1982 to research the state’s then-fledgling industry. I must have been retracing the trail that Tchelistcheff blazed, because everywhere I went winemakers would tell me, “André loved my Cabernet!” or “André thought my Merlot was the best he had ever tasted!” Always the exclamation point, for Tchelistcheff continually boosted for his brethren.

Tchelistcheff’s enthusiasm also extended to the details of his craft. “André gave me excellent winemaking habits,” recalls winemaker Jill Davis, formerly of Buena Vista and William Hill. “Chief among them was the importance of tasting every single tank every morning during harvest. His reasoning was simple and clear: Don’t put off dealing with a potential problem—handle it now, before it becomes a bigger problem. It’s easy to get lazy and overlook some wines, or to do your tastings late in the day. But what if you come up against a problem then? Do you really want to have to work out a problem on into the night? Good winemakers are very detail-oriented. You can make great wines by the seat of your pants sometimes, but you can’t do it consistently. It just doesn’t work that way.”

Rob Davis, who has been the winemaker at Jordan for more than 25 years, remembers that Tchelistcheff also had a way with words. “André was the poet,” he says. “One of the most difficult challenges I find in winemaking is, in fact, what writers do so well: describing wine. When I evaluate a wine, much of what I sense is ineffable in terms of descriptors, but tasting with André elevated my senses far beyond the scope of wine as a medium to be measured and quantified. His descriptions were so ethereal, so alive, so real, and so beautiful. When I found a Chardonnay ‘high in diacetyl,’ he found wine ‘laden with overt buttery aromas.’ When I found a wine ‘medium in varietal aroma,’ he found a wine that was ‘a woman, softly scented in a light floral perfume, that smiles back!’ ”

For all his sensibilities and style, Tchelistcheff, at times, could be difficult to predict. “It was hard to keep up with André,” remembers Alex Golitzin, Tchelistcheff’s nephew who pioneered the grand blackberry- and menthol-laden Cabernets from Quilceda Creek in Snohomish, Wash. “He was always changing his approach, reacting to what he was learning. I would report a treatment to him, and he would tell me to do it another way. I’d ask why, and he’d just say, ‘I’ve changed my mind. Do it this new way.’ ”

Tchelistcheff, more often than not, did it his way. At his modest, cellarless home in Napa (“We are drinkers, not collectors”), he enjoyed digging in the dirt, cultivating a colorful array of flowers. Indeed, Tchelistcheff always told winemakers that the most important sign in their vineyards was their own footprints. Still, he knew when something should be left alone. “André helped me to understand the importance of restraint,” remembers Stag’s Leap’s Winiarski, “the importance of subtlety in producing a red wine of complexity and character. It’s like any classic art: You have to have the appropriate amplitude. Too much or too little, and you end up with caricature.”

His Russian Leprechaun nickname aside, Tchelistcheff managed to avoid caricature throughout his winemaking career. Today, a decade after his death, Tchelistcheff’s footprints remain indelible marks in Napa Valley and beyond.