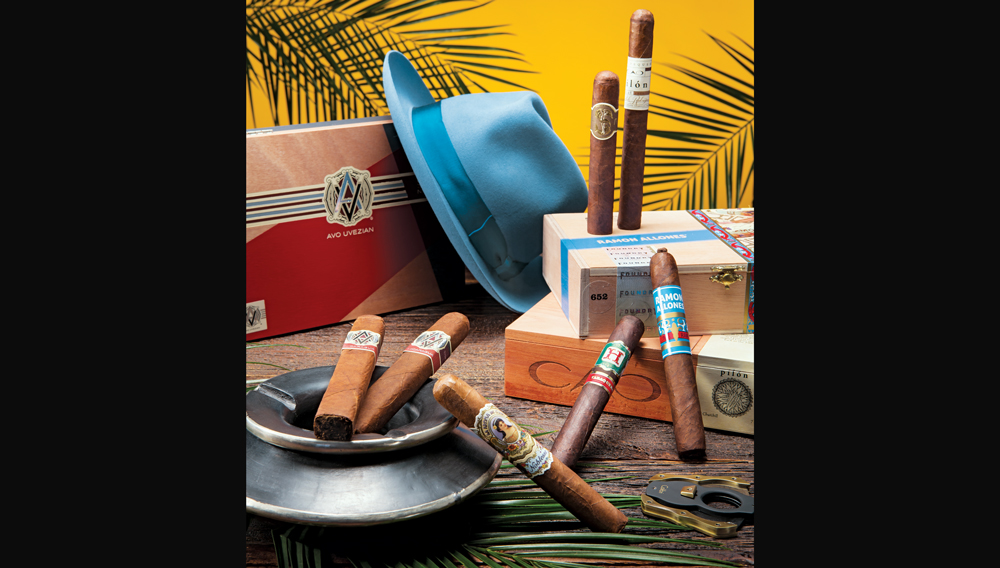 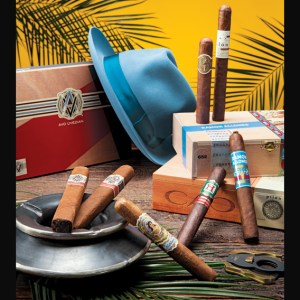 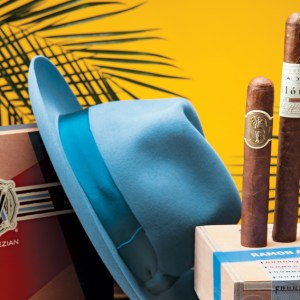 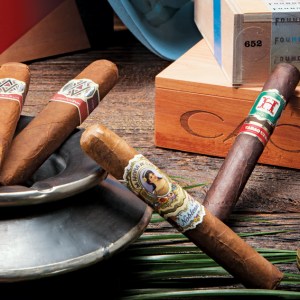 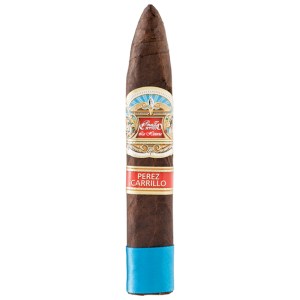 Named for the way it synchronizes the divergent flavors of Dominican and Nicaraguan tobaccos, the Avo Syncro Nicaragua is the brand’s first box-pressed cigar. It is made with an Ecuadoran Connecticut wrapper and a Dominican binder, but its soul is its Dominican and Nicaraguan filler, specifically the tobacco from Nicaragua’s volcanic island of Ometepe, which gives the Syncro its sweet and peppery notes. The cigar is available as a robusto, a short robusto, a toro, and a special toro, and is the first in a new series for the brand. ($7.90–$10.90) avo.com

When this cigar debuted last year as a 6½ × 52 toro, the 3,000 boxes (each containing two dozen cigars) that were produced by My Father Cigars in Nicaragua quickly sold out. The demand prompted the reintroduction of the cigar, which features all-Nicaraguan filler tobaccos from Estelí, Jalapa, and Namanji, as well as an Ecuadoran Habano rosado wrapper and a Criollo double binder. It is now available in two sizes: a 6½ × 52 toro (called the Coronation) and a 5½ × 50 robusto (known as the Regency). Only 2,500 boxes have been released, and each contains 24 cigars. ($336–$384 per box) ashtoncigar.com

Jose Seijas, who served as the vice president and general manager of the Tabacalera de García factory in the Dominican Republic for more than 30 years before retiring in 2012, recently resurrected the long-defunct Dominican brand La Matilde. The new Tabacalera Matilde’s first cigar is the Renacer. It delivers a sweet, floral smoke with a subtle, lingering spice. The brand offers four sizes, including a 6½ × 54 toro grande that pairs well with a Facundo Exquisito rum. ($7.50–$9) matildecigars.com

The Ramón Allones features a proprietary Nicaraguan binder, an all-Nicaraguan filler, and an oily Ecuadoran Sumatra wrapper. The cigar is mild, but it features hearty spices and a smooth, clean finish. Three sizes are available: a 5 × 50, a 6 × 60, and a 6 × 52. ($6.49–$7.49) foundrytobaccocompany.com

The CAO brand drew notice when it introduced cigars made from Italian and Colombian tobaccos, and it is turning heads again with the release of the Pilón. The cigar features a Cuban-seed Ecuadoran wrapper that has been subjected to pilón fermentation, an old Cuban technique in which bunches of tobacco leaves are arranged in small circular piles instead of larger bales. This slows the fermentation process, producing more pronounced flavors. The cigar also features filler and binder leaves from Estelí and Ometepe, which impart spicy sweetness and medium-strength flavor. Three sizes are available: a Churchill, a robusto, and a corona. ($6–$7.25) cigarworld.com

Hamlet Paredes, who was once a master blender in Havana, left Canada in February and settled in Bonita Springs, Fla., where he has established his own brand (under the sponsorship of Rocky Patel). The label’s first cigar—and the first cigar that Paredes has made from non-Cuban tobaccos—is the Hamlet Tabaquero, an earthy, medium- to full-bodied smoke comprising a San Andreas wrapper, all-Nicaraguan filler, and a double binder made from Brazilian Mata Fina and San Andreas leaves. ($8.60–$9.80) rockypatel.com

Last year Ernesto Perez-Carrillo introduced the Reserva, a medium-bodied offshoot of his much milder New Wave Connecticut Short Run. It was originally released in

Europe and is now available in the United States. The Ecuadoran Connecticut oscuro wrapper has an unusually dark color and deep taste, which complements that of the Connecticut broadleaf binder and works in harmony with the Nicaraguan and Dominican filler. Of the eight European Reserva shapes, four are new this year: a 5½ × 44 corona extra, a 5¾ × 52 belicoso d’oro, a 6 7/8 × 49 elegantes, and a 7¼ × 54 soberanos real. ($6.65–$8.50) epcarrillo.com