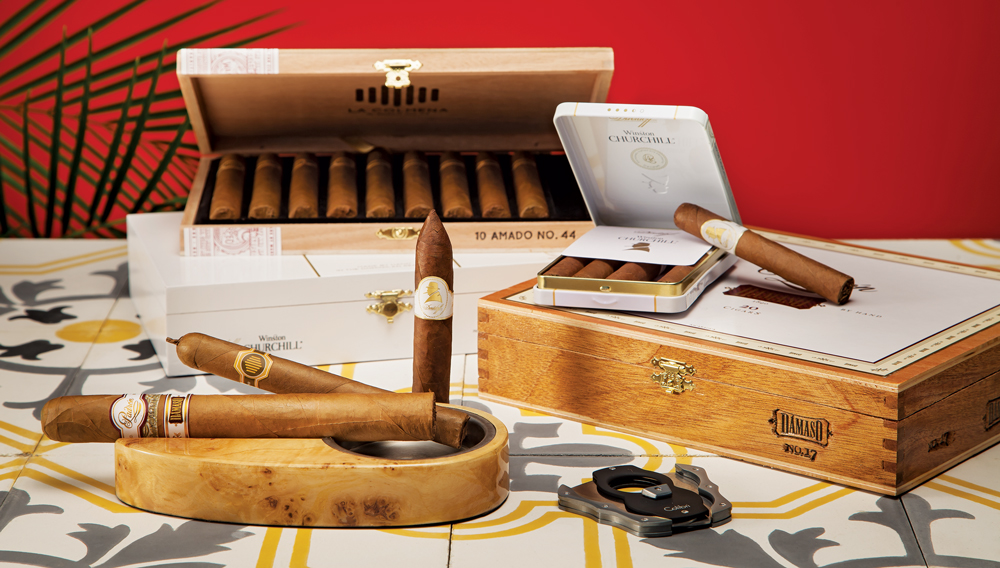 Unlike other Churchill cigars, Davidoff’s new offering does not require an hour to enjoy. The cigar, which is available in two sizes—a 4½ × 46 belicoso and a 4 × 38 petit panatela—features an oily Habano Ecuador wrapper, a sweet Pelo de Oro Visus binder, and Dominican and Nicaraguan filler. Both versions provide plenty of rich flavor that can be enjoyed in less than 30 minutes. ($29–$31.75 for a tin of four or five) davidoff.com

Padrón has built a reputation around its Nicaraguan puros, whose strength rivals that of many Cuban cigars, but it has also recently introduced a milder cigar called the Dámaso, after the grandfather of José Padrón, the family-owned brand’s patriarch. Like Padrón’s puros, the Dámaso features Nicaraguan tobaccos aged for at least 3 years, but it has an Ecuadoran Connecticut wrapper. Together these tobaccos produce a gentle floral-and-wheat flavor that pairs best with Irish whiskeys. Padrón offers four sizes, of which the No. 12 (a 5 × 50 robusto) is our favorite. ($12.50–$17.50) padron.com

This cigar, which is named after the Spanish word for “beehive,” is produced at the El Titan de Bronze factory in the Calle Ocho district of Miami’s Little Havana, though it embodies many traits of cigars rolled in Cuba: a triple-capped pigtail head, filler bunched with a traditional Cuban scrolled technique (called entubado), and an enclosed “Cuban” foot. The cigar features an Ecuadoran Deflorada wrapper and Nicaraguan and Dominican fillers, which combine to deliver milk-chocolate and light caramel flavors. Two sizes are available, a 6 × 36 petit lancero and a 5½ × 44 corona extra. ($12.50–$14.50) warpedcigars.com